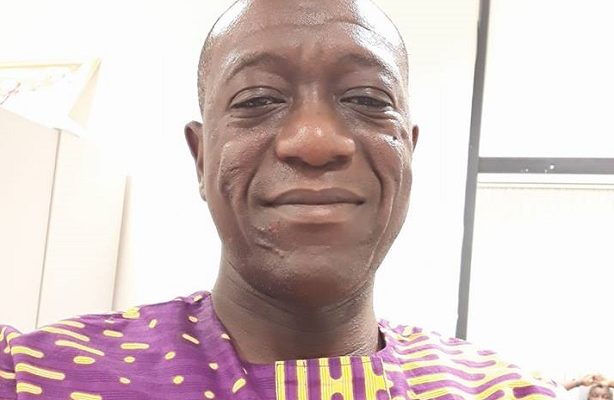 I read with utter disgust, the piece by one Comrade Joshua Idowu Obatile, published online on September 7, 2018. The writer started his venomous article by accusing Honourable Duro Meseko of being “blinded by personal inordinate ambition”. An online dictionary defines “inordinate” as unreasonable, unjustifiable, unwarrantable and needless action.

Given the grammatical error-laden piece, it is doubtful if the so-called concerned Bunu indigene had time to consider the appropriateness of his chosen diction. How can anyone describe Hon. Duro Meseko’s quest to return to the Federal House of Representatives as unreasonable? After a meritorious representation of his Kabba/Bunu/Ijumu Constituency from 2007 to 2011, the ex-lawmaker was not consumed by the allure of office to the point of scheming a return by hook or crook. Many in his shoes would have selfishly thrown caution to the wind for a second term; to which he was, by the way eligible. But being the thorough-bred Bunu leader he was (and still is), he bowed out without a push, to give a fellow Okun compatriot a chance. It is notable that such display of selflessness has been hard to come by ever since. Therefore, in what way can a quest to return through the ballot to the National Assembly (NASS) be unreasonable? and this is without prejudice to other contenders. I figure that Comrade Obatile is oblivious of this historical fact.

I also noticed the failed attempt to put Hon. Meseko on a war-path with Governor Yahaya Bello (GYB) by touting a vague instability in His Excellency’s camp. Where was the comrade when the Governor in his wisdom appointed Hon. Duro Meseko as Chairman of the ruling party’s reconciliation committee? Now that Meseko’s mandate has been executed to the satisfaction of the Governor, can it by any stretch of the imagination be unjustifiable to aspire to return to the National Assembly? What better justification does the writer think GYB needs than a man who accepted to head his reconciliation committee at the risk of being named by many as having defected to the same camp that he is now being touted to be destabilizing?

Since 2011, when Hon. Meseko honourably exited NASS, he has continued to affect the lives of his constituents as though he was still in office. He is generous to a fault and spares nothing to assist the less privileged. He has also remained close to the Kabba/Bunu/Ijumu Constituency; making trips back home from his Abuja base virtually every weekend. His service to humanity speaks to Duro Meseko’s suitability for the 2019 Federal House of Representative…and if there is anything that’s is unwarrantable, it is the vitriolic piece that seeks to compare a decent Bunu elite with Judas. If I may ask the Comrade; Judas betrayed Jesus Christ; who has Duro betrayed by exercising his legitimate and inalienable right to vote and be voted for, which is the fulcrum upon which democracy rests?

It is amazing that Comrade Obatile, who does not begrudge Sen. Smart Adeyemi’s similar quest to return to the Senate said, “Hon Meseko Duro, a known opportunist, jumped out of the blues…”. Obviously, the comrade cannot veil his petty jealousy (or of those he fronts for) of a Bunu politician with high and tested pedigree. “Opportunity”, by its meaning implies “an opening that makes it possible to do something.” Therefore, the act of trying to do something or contest for an opening in the National Assembly as Meseko is doing cannot be described as opportunistic. Only those with No Future Ambition (NFA) will see an opportunity and walk away. Meseko is only aiming at a legitimate goal; and by that seize the chance to represent the people he loves.

And in so doing, did Duro Meseko jump out of the blues? Is this “concerned Bunu indigene” aware that Hon. Duro Meseko was a candidate for APC National Publicity Secretary? Is he aware that he just completed the herculean task of reconciliation at the behest of the Kogi State administration of Governor Yahaya Bello; all in the last two months? To be sure, the description of jumping from the blues best fits a Bunu man who is unaware of Duro Meseko’s most recent antecedent.

The time is not ripe to chronicle the sacrifice of Hon. Duro Meseko in the development of his constituency. However, it suffices for now to say that God situated River Niger so close to Kogi State capital; in the event that when Duro Meseko is elected in 2019, many haters of his dream can take a long swim to the land of no-return.

The sky, they say is large enough for many birds to flock simultaneously. Gold shines best in the presence of lesser gems. The more candidates on the field the better chances Duro Meseko has for what he knows how to play best. Those who are not versed in the science of grassroot politicking can look elsewhere for pasture.