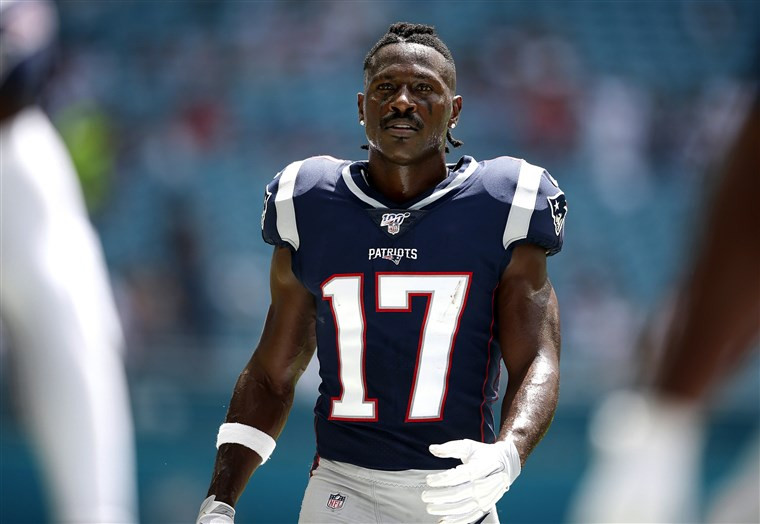 Last week, a former trainer, Britney Taylor accused the seven-time Pro Bowl wide receiver and one of the NFL’s most prolific pass-catchers of the past decade of raping her in a lawsuit filed on Tuesday, September 10.

In a new report, a woman who claims Brown hired her to paint a mural on a wall of his Pittsburgh-area home has accused him of sexual harassment. While at Brown’s residence, the woman alleges the receiver sexually harassed her as she painted his mural in 2017.

Speaking with Sports Illustrated, she said :

“He was flirty with me but I paid him no mind because I was there on business, plus, I had already seen him with multiple girls in the short time I was with him. I was about 40% done on the second day, and I’m on my knees painting the bottom, and he walks up to me butt-ass naked, with a hand cloth covering his [penis] and starts having a conversation with me.”

Brown’s new accuser says she never filed a police report or took action against Brown and doesn’t plan to pursue legal action in the future, according to the reports.

“The woman is not pursuing charges or remuneration, though she was bothered by his behavior.”

BIZARRE: Goalkeeper Gets AK-47 Rifle As Prize For Man Of The Match Performance In Russia