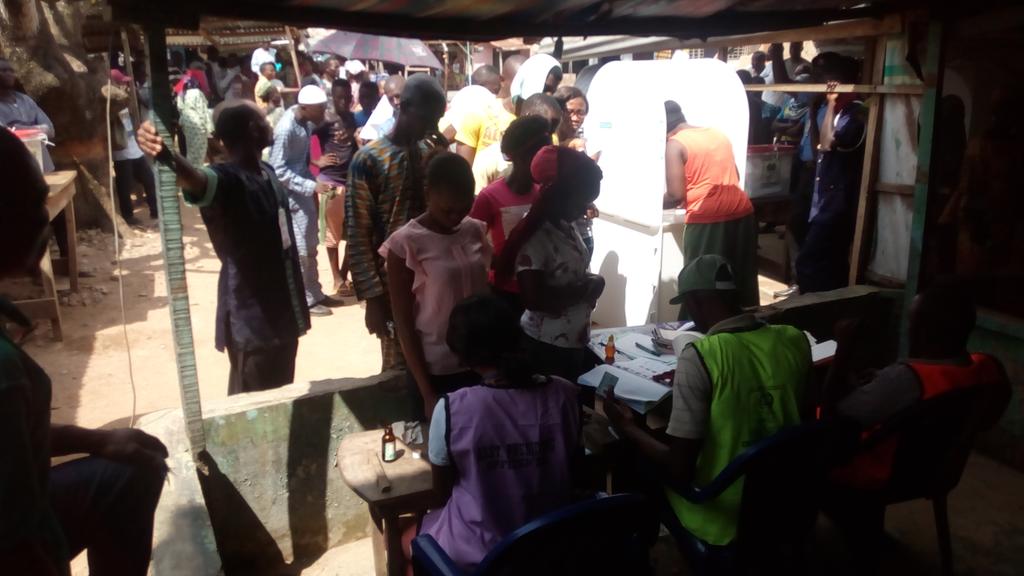 A gubernatorial aspirant under the platform of Abundant Nigeria Renewal Party (ANRP), Mr. Olalekan Dotun Ayorinde has narrated how his party, ANRP, got a total number of 125 votes after spending the sum of N50 million for the just concluded Ekiti state gubernatorial election.

The United States of America-based Bio-Pharmacist made this revelation while addressing journalists in Ibadan on his readiness to turn around the fortune of the state.

Ayorinde maintained that the “Ekiti State gubernatorial election has exposed a lot of flaws in the country’s electoral process that needed to be worked on”.

The ANRP guber aspirant, who was flanked by the state Vice Chairman of ANRP, Mrs Kehinde Aiyeola and other members of the party, added that one of the major problems with Nigeria was that its leaders don’t want to take responsibility.

Ayorinde applauded the party for its tenacity and rare courage in Ekiti. He expressed the need to overhaul the country’s political landscape that is heavily monetized and induced.

He said though, “Ekiti governorship election has come and gone, the election has exposed a lot of flaws in the country’s electoral process that needed to be worked on. My voyage into politics was to savage, not only Oyo State but to join hands with younger generations of like minds to right the wrongs in the Nigerian polity.

“Our party spent N50 million naira in the election and we got 125 votes, you can see. It is not because we are not prepared but people focused on the major political parties, but this time around it is not going to be a party thing.

“The election was highly monetized. One of the major problem with Nigeria is that its leaders don’t want to take responsibility.

He described Oyo State as a place with a lot of potentials that could be utilized to improve the welfare of the people, adding that it was only Ibadan which served as the Southwest regional capital that was yet to have electricity company of its own.

The governorship aspirant expressed the hope that his party would certainly make meaningful impart in 2019, stating that the people were already embracing the manifestos of the party.

He said “We want to empower the people. We will also guarantee regular electricity because we are not going to power our future with generators. I have been to the Olubadan and the Alaafin and they gave their blessings. The people of Oyo State has long been impoverished. I believe the system can work.

“We need to improve the competency of our teachers and look into their pay. We need new hospitals, the present state hospitals are outdated, we need emergency house services”.