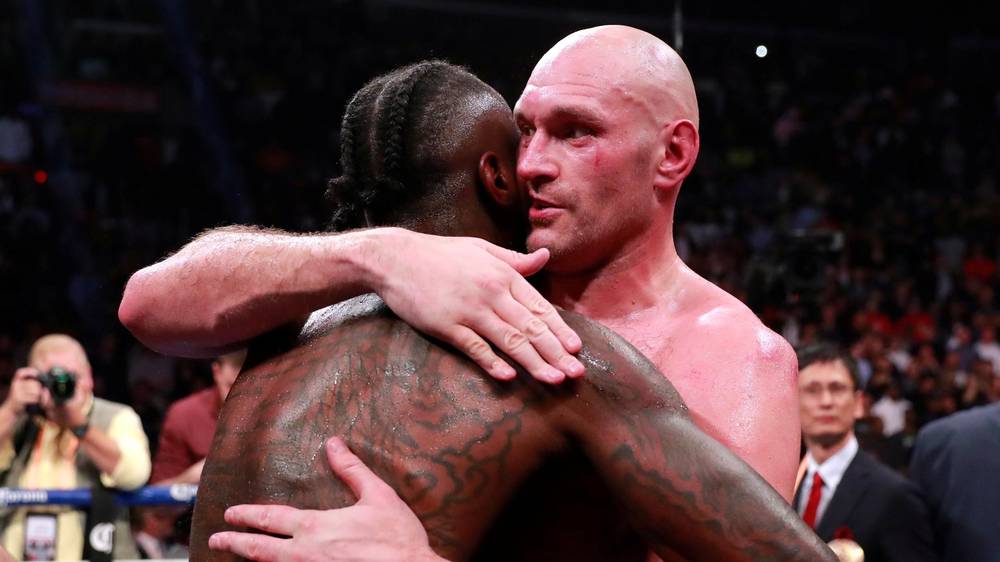 Tyson Fury survived two knockdowns to earn a draw in an enthralling fight at the Staples Center in New York.

In a fight billed as the biggest boxing contest in the country for over a decade, Fury, known also as the gipsy king, fought doggedly to impress the judges, denying Deontay Wilder a knockout for the first in 40 fights.

The evasive, counter-punching Fury, 30, was floored in the ninth and final rounds as power-punching Wilder landed a powerful combination which laid Fury motionless on the floor.

Fury, who was away for 30-months for rehabilitation purposes, survived the major scare in the final round but had impressed the judges enough in the middle rounds to earn a draw.

The draw means there is no challenger yet for a unification bout with Nigerian-born British boxer, Anthony Joshua, till a possible rematch is agreed.