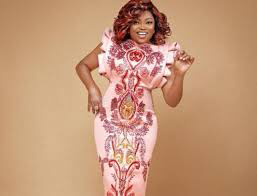 Leading Nollywood actress, Funke Akindele-Bello has for the first time opened up on how she survived her first marriage to Adeola Oloyede. She spoke against the background of aclaim for the leading actress who was on Tuesday celebrating her 43rd birthday.

Akindele-Bello spoke during a chat with Chude Jideonwo on his show #WithChude during which she admonished young women against rushing into marriage because of pressure.

Funke Akindele-Bello who married Alhaji Kehinde Oyedele, a married politician to become a second wife in 2012 when she was 35 charged women not to rush into marriage because of pressure.

“You know, I just wanted to get married,” Akindele-Bello said. “I want to do things right, have children and all that. And I went into the (first) marriage, it didn’t work fine. And it ended in a very bad way, in social media, the noise was everywhere. I was actually filming and somebody called me and told me, I wanted to die!

“You know I cried, lost some good deals then. But I didn’t let it’s break me.”

Don’t have children because the society will say “ah she’s barren ohh, 12 years 6 years e never marry” ignore the gossips, ignore the naysayers, give them “sorry the middle finger, I don’t care”. Yes, ignore because you have your life, do what makes you happy.”

Funke Akindele got married to Oloyede in 2012 and the marriage packed up after 413 days with allegations of abuse.

In 2016, Funke Akindele again found love and married music star, Abdulrasheed Bello, popularly known as JJC Skillz. At the time of the marriage, JJC Skillz had had children from an earlier relationship and despite initial cynicisms, the relationship which was five years on Monday, August 23, 2021 has continued to blossom.