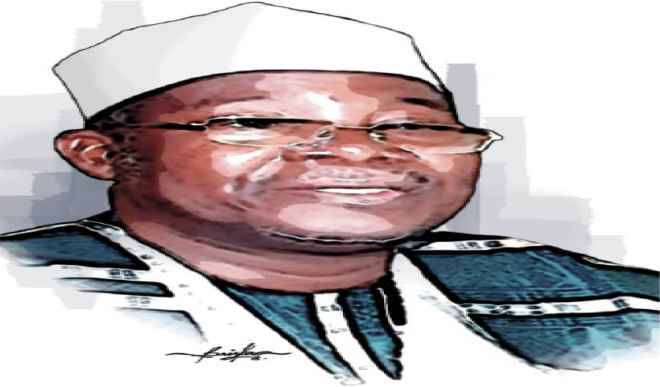 The funeral prayer for Coomassie, who was until his death the Chairman of Arewa Consultative Forum and Sardaunan Katsina, will hold today at the Bin Coommasie Jumaah mosque after Friday prayers, he added.

Daily Trust gathered that Coomassie died yesterday evening at the Amadi Rimi Orthopaedic Hospital in Katsina where he was taken to around 10am.

His remains, conveyed by the hospital’s ambulance, arrived his residence at about 7.50pm.

Daily Trust correspondent, who was at the deceased’s residence located at No 1, Ibrahim Coomassie Road, GRA in Katsina, reported that hundreds of sympathisers came to commiserate with family and friends.

Among early callers to the residence were Speaker of Katsina State House of Assembly, Yahaya Kusada and Chief Judge of the state Justice Musa Danladi.

Born on March 18, 1942, the late Coomassie had his education within and outside Nigeria, including the Detective Training College, Wakefield, United Kingdom and Washington DC in the United States.

He is survived by a wife and six children.

Daily Trust reports that Coomassie, who was IGP from 1993 to 1999, was in February 2014 elected as the chairman of the Arewa Consultative Forum (ACF). He took over leadership of the forum from Aliko Mohammed (Dan Iyan Misau).

He was preceded as IGP by Aliyu Attah (1990-1993) and succeeded by Musiliu Smith. He had, prior to becoming the IGP, held several positions with the Nigerian Police Force, including commissioner in Kano State.

In October 2016, his house was attacked by two assailants who killed one mobile policeman on guard duty at the residence, and injured another.

President Muhammadu Buhari has commiserated with the family members, the government and people of Katsina State over the death of Coomassie, who was his classmate.

The President, in a statement by his Senior Special Assistant Media and Publicity, Malam Garba Shehu, said he received the news of the death of the ACF chairman with shock and deep sense of loss.

“Nigeria will never forget the excellent leadership the late Coomassie gave to the Nigeria Police Force for the many years he served as IG,” he said.

He said his thoughts were with late Ibrahim Coomassie’s family and those mourning the late community leader and fine gentleman.

“On behalf of the government and people of Nigeria, I pray to Allah to receive his soul and give the family he left behind, the fortitude to bear the irreparable loss,” he said.

Daily Trust reports that Coomassie finished from the same secondary school with Buhari. He once said in an interview that “After we finished secondary school, General Buhari decided to join the military, I joined the police and Justice Umaru Abdullahi [former President of the Court of Appeal] decided to go to the university.”

He served with distinction – Masari

Katsina State Governor Aminu Masari State also expressed sadness over the death of Coomassie, describing him as a highly patriotic, disciplined, reliable and committed Nigerian whose invaluable counsel would seriously be missed by Katsina State, Northern Nigeria and the nation in general.

Masari, in a statement by his media aide, Abdu Labaran, said Nigeria has lost one of its last standing patriots who served the nation with distinction.

“Katsina State has lost a son that everybody was proud to be associated with. He was a true patriot who had little time for anything other the pursuit of advancing the interest of Nigeria.

“Whatever assignments he was given, he pursued them with a messianic zeal that would only abate with success.

“Alhaji Ibrahim Commassie has left a vacuum that will take time to fill. It is my sincere hope that other leaders will strive to emulate him,” the statement said.

Meanwhile, the Katsina Emirate Council has described late Coomassie, who held the traditional title of Sardauna in the emirate, as a true son whose character is worthy of emulation.

The secretary of the council and Sallaman Katsina, Alhaji Bello Ifo, said Coomassie’s death is not a loss to the emirate alone but the nation as a whole.

The ACF said it was shocked by the news of the passage of its chairman and elder statesman Coomassie.

A statement by the national publicity secretary of the ACF, Muhammad Ibrahim Biu, described the late Ibrahim Coomassie as a fine officer and gentleman who left an indelible mark in the Police service.

“His love and promotion of Northern values which the late Sir Ahmadu Bello, Sardaunan Sokoto practiced and died for was legendary.

“He was an administrator per excellence, a patriot, a bridge builder who lived a fulfilled life in the service of Nigeria,” the ACF stated.

The forum said Nigeria and indeed the North has lost a great elder statesman, who endeared himself to all by upholding the values most Northerners share of justice, liberty, common decency and equal opportunity for all.

“However, he would have been happier if the values he cherished and died for were being put into practice. ACF therefore calls upon Nigerians to emulate and live up his legacy in our daily lives,” the ACF stated.