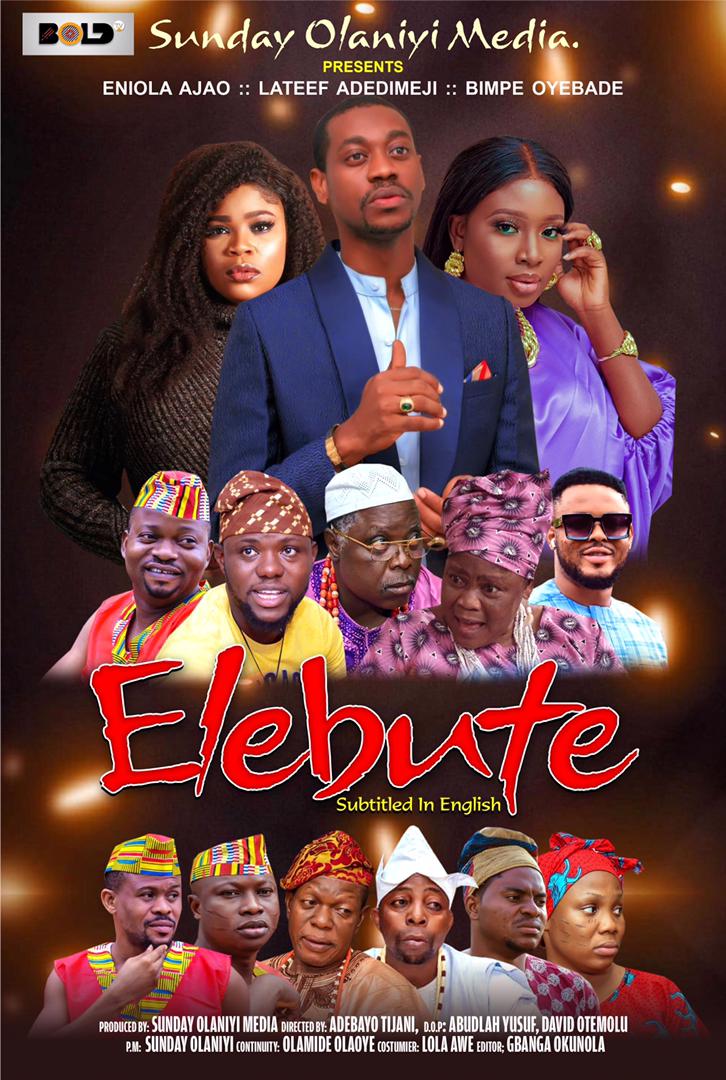 The standard Yoruba movie, which was produced by Sunday Olaniyi Media and Directed by Adebayo Tijani started screening on Apata TV for the celebration of Easter holidays.

The suspense-filled movie which talks about culture, modernity, trust and betrayal is from the stables of BoldTV.

Elebute speaks about two indigent lovers, Oladimeji (Jamiu Azeez) and Omorilewa (Eniola Ajao) who faced difficulties from the princess (Bimpe Oyebade-Adedimeji) they serve because of her interest in the male lover.

Their problems did not stop at that, Omorilewa’s mother (Oladiran Toyin) dislikes her lover because of his low financial status hence verbally harassed him constantly to stay away from her daughter.

In the movie, another man who came as an angel to Omorilewa started making Oladimeji jealous which caused a rift between the struggling couple.

Other top actors who starred in the movie are; Adedimeji Lateef; Dele Odule; Adekola Tijani; Ayanfe Adekunle, Luqman Yekeen adewale and others.