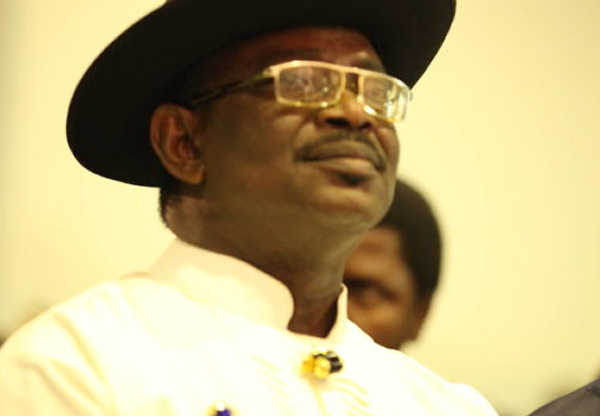 Nigerian lawmakers have come under fire for a barrage of reasons lately. From their gargantuan salaries to unproductive and dissatisfactory representation, especially in the implementation of constituency projects, the national assembly has had a tumultuous journey so far.

In addition to the above, lawmakers who own false academic certificates from questionable institutions are now being uncovered. However, it is important to note that this did not start with the 8th assembly. Since the inception of democracy in Nigeria, lawmakers have been exposed for this wrongdoing.

In 1999, for example, Salisu Buhari, a former speaker of the house of representatives, was entangled in several lies. The disgraced lawmaker had falsified his age and academic endowments, claiming he had attended the University of Toronto, Canada. This was vehemently refuted by the academy, while the Ahmadu Bello University, Kaduna state, had expelled him for using fake credentials to gain admission.

Similarly, Sahara Reporters had published a report accusing Dino Melaye, senator representing Kogi west, of not graduating from the Ahmadu Bello University. These allegations turned out to be unproven at the behest of a senate ethics investigation and led to the senator’s hit single ‘Ajekuniya.’

However, Melaye was not completely vindicated as he had included Harvard University and the London School of Economics and Political Science as some of the schools he had attended. This turned out to be false, as both institutions denied his studentship, stating that he had not completed any degree courses with them, hence, could not have graduated.

On March 30, 2018, NseEkpenyong, a member of the house of representatives, was arraigned at the federal high court, Uyo, Akwa Ibom state, for the alleged forgery of a polytechnic diploma.

Now, Foster Ogola, senator from Bayelsa west, has taken his spot as a prominent Nigerian with a certificate scandal attached to his name.

A few weeks ago, a confidential report was made using the Leaks.NG platform, hinting that the lawmaker has fake credentials from an unaccredited university in Nigeria.

“Sen. Foster Ogola has a fake PhD. His official profile on the national assembly website says he has a PhD from GMF Christian University. There is no official site for the university and it is not accredited by the NUC. There is also no research paper or thesis to his name online. Although he got the degree in 2012,” the reported alerted.

On his official national assembly profile, the senator is credited with having a PhD in Christian (sic.) Leadership from the GMF Christian University Lagos, the same course he reportedly has a MSc. in from the Imo State University, Owerri.

Upon inquiry by the International Centre for Investigative Reporting (ICIR), it was revealed that the Federal Government has not licensed the GMF Christian University, Lagos, where Ogola claimed to have earned his PhD from in 2012.

When Ibrahim Yakasai, director of corporate communications at the National Universities Commission (NUC), was contacted on the validity of the institution,  he said, “We have never heard of that name.”

A copy of the commission’s weekly bulletin provided by Yakasai showed a list of 57 illegal universities operating in the country; GMF Christian University was not among, buttressing the fact that the commission is not aware of its proceedings.

The director also mentioned that since 1999 the NUC has approved of 74 private universities in the country and any certificate obtained from the GMF Christian University or any other degree will not be recognised.

Other discoveries made by Leaks.NG coalition informed that the GMF Christian University still has no website offering information on the institution or its courses and there is no information on the Christian Leadership course the embattled senator purports to have a PhD in.

The embattled senator was reached for his side of the story, the senator who is the vice-chairman of the senate committee on information  communication technology and cyber crime, to speak on the allegations levelled against him and give his reaction to GMF Christian University being an unaccredited institution in Nigeria.

In response, the senator said: “Kindly clarify for me if Premium Times does exist, to entertain allegations from third parties, whose identities are not mentioned, especially, when they are criminal in nature.”

The lawmaker went on to note that the allegations could be a product of “mischief makers with a potential to foment distraction from weighty matters of state.”

On the unaccredited state of the GMF Christian University, the senator was asked if there was an exemption from the NUC on the Christian Leadership course which Ogola purportedly has a doctorate degree in. Misunderstanding the question, the lawmaker retorted: “When did students or products of universities become accrediting bodies?”

In an attempt to verify GMF Christian University existence and understand how it operates in Nigeria, TheCable, paid the academy a visit. TheCable traced the Gospel Missionary Foundation (GMF) Theological University to 165 Isolo road, Cele bus stop, Egbe-Ikotun, Lagos, and realised that the controversial university lies on the first floor of a two-storey building. Besides the one and only lecture room, which was empty at the time of visit, there are about three other rooms serving as offices. Hope Obioha, the registrar and wife of the president of the university, Daniel Obioha, an acclaimed professor, received the reporter who went there under the guise of a prospective student.

She took the reporter to her office where she introduced him to the university and the courses it offers.

According to the material given, GMF Christian Theological University was established on May 4, 1988, and is registered by the federal government. It seeks to fulfil its commitment to the individual special ministry calling, through graduate education, professional development and spiritual formation in all its activities including teaching, nurturing, worship, service, research, publication and missions.

However, one of the materials she released contains the graduating list from 2013 to 2016. It is worthy to note at this juncture that 2012 is the year Ogola claimed to have obtained his PhD in Christian Leadership. Additionally, the Christian Leadership course was not reflected on the list of courses offered by the school at doctorate level.

On a second visit to the GMF Christian University on March 13, the centre was empty again as the man who introduced himself as a lecturer said it was examination time. He said, while the full-time students attend lectures on Monday, Tuesday and Wednesday, the part-time students go on Saturdays alone.

He was reluctant to release the list of those who graduated in 2012 but the reporter obtained a Skye bank account of the university in order to pay for the admission process for a “diploma in theology.”At the end of both visits, TheCable was still unable to establish the veracity of the senator’s claim that he attended the university and has a PhD. in the Christian Leadership course. 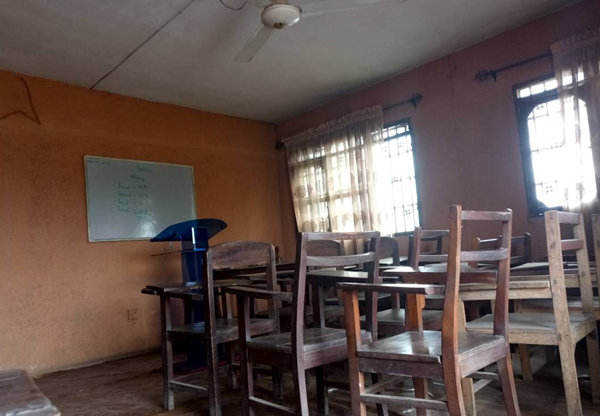 The Premium Times Centre for Investigative Journalism(PTCIJ) was unable to find any Christian Leadership course offered in Nigeria but a University in Boston explained that the course teaches how to apply biblical and theological principles to leadership situations. Courses may cover topics such as cultural diversity, Christian ethics and church history. Students may need to complete an internship or field experience amongst other things.

In an attempt to verify whether or not the senator has used the skills acquired through the purported doctorate degree from the shady GMF Christian University, OrderPaperNG reached out to his office in the national assembly to inquire about bills he has sponsored or motions he has raised. Unfortunately, his legislative aides proved highly unhelpful, claiming they could not divulge without Ogola’s approval. A quick search through national assembly archives shows that the senator in question has sponsored just two bills and one of them was stood down. While he is credited with contributing a lot to motions and debates, it is lamentable that there is nothing exclusive Ogola has spearheaded to bring positive outcomes in the 8th assembly.