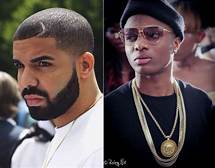 Critics and social media heads have been drawn to rumors of a possible fall out between Nigerian superstar Wizkid and his Grammy award winning Canadian counterpart Drake.

Wizkid explained that his life does not evolve around social media and that he doesn’t have to take pictures with everybody, every time he hangs out.

“Do you know how many people i hang out with on a daily basis that i don’t post the pictures?

“Do you know how many people that I know that I talk to and nobody even knows we’re friends.

“There’s a lot of them. I don’t really care about pictures or other stuff, I’m more of my work.

“What does a picture have to prove? that we hangout or we chill? We do that so why should i have to post it?

“I’m not that kind of person, I’m more of the music and I care about my music, so just enjoy the music. That’s all Im here to deliver to my people, Accept it.”

The singer who met Drake through the Nigerian born UK musician Skepta, went on to collaborate with the ‘God’s Plan’ crooner  on 2 songs-‘Come Closer’ and ‘One Dance’.

Wizkid stopped following  Drake on Instagram in July 2017, which did not help the beef rumors.

Next Edition Of #BBNaija Will Be Hosted In Nigeria – Censors Board