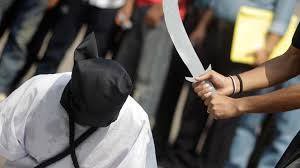 The Ministry of Foreign Affairs has refuted the report that it ignored the call for intervention over Kudirat Afolabi, a Nigerian woman, executed in Saudi Arabia for drug trafficking.

The ministry in a statement by its Spokesperson, Sarah Sanda, on Friday in Abuja, said the report in one of the media was a complete falsehood.
It stated: “The attention of the Ministry of Foreign Affairs has been drawn to a tendentious, mischievous and libelous article over the matter.

“It alleged that the Ministry of Foreign Affairs and the minister were somehow responsible for the death of a Nigerian lady, Afolabi, executed in Saudi Arabia for drug trafficking, by not reacting immediately to letters addressed to the minister by the former Consul General, informing of the imminent execution of the lady in question”.

She said that the attention of the ministry was drawn to what she described as a tendentious, mischievous and libelous article alleging that the Ministry of Foreign Affairs and the minister were responsible for the death of Afolabi.

She said: “This is preposterous and a complete falsehood. Clearly those behind the article who have deliberately distorted the facts have an agenda.”

The spokesperson said that the report which quoted extensively from a letter written by the said Consul General did not state that the lady in question, Afolabi was about to be executed.

She said that the letter rather states, “peddling of drugs into the Kingdom of Saudi Arabia…..is punishable with death penalty”.

She added: “Unfortunately, between 2016-2017 the underlisted Nigerians were arrested……for smuggling narcotic drugs concealed in their rectums. “They have since been sentenced to death and the sentences had already been carried out on some of them.”

She said the report then listed 24 Nigerians on death row or executed, including Ms Afolabi.

According to her, the truth of the matter is that the a letter from former Consul General was received on February 19 raising an alarm over the criminal acts at certain Nigerian airports. She said: “The letter said officials at those airports allegedly smuggled drugs to Saudi Arabia by checking in bags using the details of unsuspecting passengers.

“Immediate action was taken by the Minister by reaching out to the relevant Nigerian authorities.”
According to her, the issue regarding Nigerians on death row in Saudi Arabia has been a challenge for many years.
She said: “Over the last three years, the Minister and our Embassy in Saudi Arabia have relentlessly engaged the Saudi Government orally and in writing on the need to commute the death sentences of Nigerians on death row.

“Whipping up primordial sentiments by casting irresponsible aspersions does an injustice to the memory of the deceased and to her family and friends.”