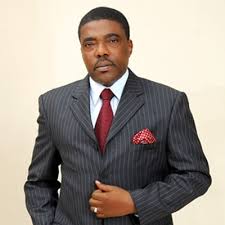 We were however told that the date for the National Convention of the party, which would hold in Abuja, would be announced by the party’s convention committee after the completion of the Congresses across the states.

Elections are expected to hold into the executive positions of the party during the Congresses and this has led to several political  permutations, calculations and lobbying all over the country.

However, it will be recalled that the National Leader of the party,  Asiwaju Bola Ahmed Tinubu had told party members at their stakeholders meeting in Lagos, which held at the party secretariat in ACME,  Ikeja last month that executive members, who had served for more than two terms should give room for others to occupy the seats.

Invariably,  many members  of the party state exco in the state,  including the Chairman, Chief Henry Dele Ajomale  would have to step aside for others.

Information reaching First Weekly Magazine indicated that one person that has been favoured to take over from the incumbent chairman of the party in Lagos State is Senator Ganiu Olanrewaju Solomon aka GOS.

It was revealed that both Asiwaju Bola Ahmed Tinubu and Governor Akinwunmi Ambode of the state,  who would determine the next chairman of the party in the state are favourably disposed to having GOS in the driver’s seat of the party.

Though names of other political gladiators such as Senator Tokunbo Afikuyomi, Senator Olorunnimbe Mamora and Hon. Mutiu Are were also mentioned,  it was reliably gathered that GOS is favoured for the exalted office by Tinubu and Ambode.

For instance,  sources told us that Afikuyomi could not be trusted for such a sensitive office due to his ‘recklessness and pedigree.’

According to them,  ‘Afikuyomi failed the litmus test,  when he was made the chairman of the committee  that handled the primaries of the last local government elections in the state.

‘Afikuyomi was alleged to have collected  millions of naira from several aspirants, which was why he was almost lynched at the Onikan Stadium venue of the primaries.
Again,the party cannot afford to have an absentee chairman, someone who is always on the go,he’s either in Ghana today or in London tomorrow.

‘He is not better than Governor Ayodele Fayose of Ekiti State and embattled Senator Dino Melaiye.  He is inconsistent,  and unreliable. He is good at handling rough jobs and he cannot be trusted.”

Also, the likes of Mutiu Are and Senator Mamora were said to lack the wherewithal and the needed charisma to handle to coveted office.

On his part, Senator GOS is said to be cool headed, organized and calm.

Our sources stated that the way GOS reacted to the outcome of the 2015 governorship primaries of the state,  where he participated,  but which favoured the incumbent Governor Ambode of the state, is for the records.

They added that the fact that GOS beat a quick retreat and cooperated with the party leaders without any form of disrespect or animosity after the primaries pleased the party leaders,  especially Asiwaju Bola Tinubu.

“GOS is in the good books of Asiwaju Tinubu for his high level of maturity.  He can be counted upon and trusted.  He is also a good friend of Governor Ambode, which is why he is always seen around the government house in Alausa and he has even done some jobs for the state government.

“For sure, GOS is favoured,  he is a man of honour and integrity,  cool headed,  urbane and calculated. He is nice, he listens to advice and he doesn’t argue with the party leaders,  especially Asiwaju Tinubu,  who he respects  a lot and who in-turn respects him, ” a source said.