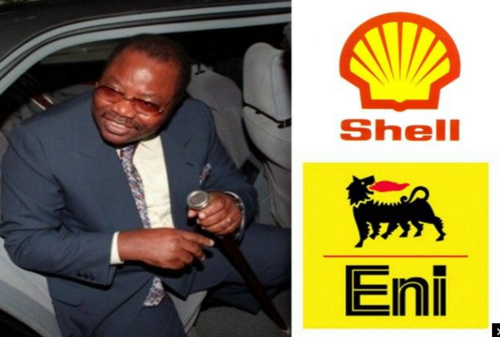 The anti-graft agency has raised a team to grill the ex-minister and all those implicated in the deal.

Those implicated are six former ministers in the administration of former President Olusegun Obasanjo and ex-President Goodluck Jonathan, a former Permanent Secretary, a former Head of State,  a former Senate President, a former National Security Adviser (NSA), some senators, and some serving and former members of the House of Representatives.

The EFCC may also interact with Mohammed Abacha, who has raised issues on the oil block.

Etete, who was central to the auctioning of the oil block, has notified he EFCC of his readiness to explain his own side of the deal.

A source, who spoke in confidence, said: “We have made significant headway on the ongoing probe of the oil block. The former oil minister is set to state his own side.

“Etete sent his lawyer to inform the agency of his plans to return to Nigeria for interaction with our team.

“This is a good development because Etete is central to the auctioning of the oil block and he is a stakeholder in Malabu Oil Limited.”

The source, who pleaded not to be named so as not to jeopardise the probe, added: “This leg of investigation will enable us to track and address how to recover the $85 million in a NatWest Bank account.

“The cash is said to be part of the $1,092,040 billion remitted into an escrow account by Shell Nigeria Exploration and Production Company Nigeria Limited (SNEPCO) and Nigeria Agip Exploration Limited (NAE).

“The Federal Government is interested in recovering the $85 million but we must follow the due process. The UK government a few weeks ago, expressed its willingness to return funds but we have to submit substantial proof, beyond reasonable doubt, that such money is ours.”

Etete’s coming may lead to the invitation of Mohammed Abacha.

The source added: “We may invite Mohammed Abacha for interaction if Etete lives up to his pledge to meet our team. He is one of those who have raised issues on the Oil Block (OPL 245).

“The Abachas said they have a lot of documents relating to the deal. You will also recall that OPL 245 was allocated to Malabu on behalf of the Ministry of Petroleum Resources by Mr. Dan Etete in his capacity as the then Presidential Advisor on Petroleum and Energy.”

The Abacha family-owned firm, Pecos Energy Limited, and Mohammed Sani (aka Mohammed Sani Abacha) had vide a letter dated 20th January 2010 from A.A Umar & Co., claimed that they had bought OPL 245 from Malabu Oil and Gas Limited for US$ 1.3 billion and that Malabu had without their knowledge, disposed of their interests in OPL 245 to Shell Nigeria Ultra Deep Limited (SNUD).

It was gathered that the ruling of a judge in London last December had created new grounds for investigation.

Justice Edis of the Southwark Crown Court, London, on December 14, 2015 stopped the payment of N17 billion to Malabu Oil and Company.

The judge said he was “not sure that the Goodluck Jonathan administration acted in the interest of Nigeria by approving the transfer of the money to Malabu.

He said: “I cannot simply assume that the FGN which was in power in 2011 and subsequently until 2015 rigorously defended the public interest of the people of Nigeria in all respects.”

By the terms of Block 245 Resolution Agreement, Shell agreed to the release of the outstanding Signature Bonus and to appoint an escrow agent for the purpose of paying $1,092,040 billion to the Federal Government.

It was learnt that $982,040,000 was the total contribution of NAE to the settlement but SNEPCO contributed $110,000,000 to make up the required $1,092,040 billion for the Federal Government to settle all claims and or issues over OPL 245 in accordance with the agreement.

There are fears that the $1,092,040 billion in an Escrow Account was “used for the settlement of the FGN-Malabu Oil Limited agreement on OPL 245”.

The EFCC has been trying to unravel whether or not the cash was paid to the government or if the appointed escrow agent managed the $1,092,040 billion and shared it to some beneficiaries for the settlement of disputes between the government and Malabu Oil Limited.

A memo submitted to International Centre for Settlement of Investment Disputes by SNUD gave further details. Shell said: “In 1998, during the President Abacha military regime, OPL 245 had been allocated to Malabu on behalf of the Ministry of Petroleum Resources by Mr. Dan Etete in his capacity as the then Presidential Advisor on Petroleum and Energy. Malabu was an indigenous Nigerian company, incorporated on 24 April 1999, with Nigerian shareholders, apparently for the purpose of petroleum prospecting.

“In March 2000, Malabu approached Shell within a farm-in proposal. Malabu was looking for an international oil company to take a 40 per cent equity stake in the OPL 245 licence itself and ‘carry’ Malabu in developing the block i.e. the international oil company would take all the exploration and development risk by funding Malabu’s share of the costs (including the acquisition, exploration and development costs of the block) as well as its own.

“Those costs would then be recovered by the international oil company from Malabu’s share oil production.”

Aviation Union Threatens To Cause Disruption If Concession Plans Continue