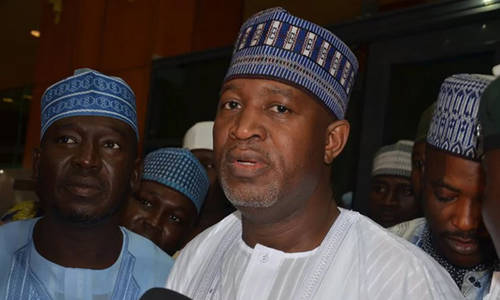 Transport Employees (NUATE), has told the Minister of State for Aviation, Hadi Sirika, to immediately stop the planned concession of four airports warning that this may lead to industrial unrest in the sector.

NUATE also told the Federal Government to immediately appoint a substantive Managing Director for the Nigerian Airspace Management Agency (NAMA), after the previous one, Ibrahim Abdulsalam, was in February indicted of N6 billion fraud against the agency.

These and more were some of the resolutions reached at NUATE’s Executive Council (NEC) meeting held in Ilorin, Kwara State, recently.

A communiqué following the NEC’s meeting, which was signed by the General Secretary of NUATE, Olayinka Abioye, stated that the plot by Mr. Sirika to concession Lagos, Abuja, Kano and Port Harcourt Airports, which are considered as the only viable airports among the 22 controlled by the Federal Airports Authority of Nigeria (FAAN), as retrogressive.

The union further alleged that Mr. Sirika intends to concession the airports without recourse to extant rules, due process, social dialogue with stakeholders, or other civil aviation agencies in and out of Nigeria.

The communiqué added, “The NEC in-session therefore calls for immediate stoppage of the concession of Nigerian airports, to avoid industrial crisis that may arise as the government has failed to carry along stakeholders on this germane matter.

“Following the verification exercise carried out by government at FAAN and other aviation agencies, to determine proper structural balance in recruitment and placement of (certain political) appointees into positions in these agencies, the NEC in session hereby demands full implementation of the committee’s report already approved by the Minister…to ensure proper staff placement, avoid current career disconnect, mistrust and correct the administrative incongruities caused by the irregular employment of these political jobbers.

“Further to the above, the NEC in-session calls for embargo on recruitment of personnel on grade levels 10 and above at FAAN as such exercise has become a drain pipe in the fortunes of the authority.”

On the Nigerian Airspace Management Agency (NAMA), the communiqué described the current situation at the agency without a substantive Managing Director since the removal of Abdulsalam as a disaster waiting to happen.

NUATE warned that to avoid executive vacuum and engender administrative continuity in the system, the government should immediately appoint a substantive Managing Director for the agency.

It also called for restructuring of the Directorates to effect current realities in consonance with the provisions of the International Civil Aviation Organization (ICAO).

“NAMA has been enmeshed in corruption/fraudulent scandals of late, NEC in-session calls for proper investigation and prosecution of alleged culprits in order to restore confidence and sanity in our system.  There should be no sacred cows, NEC in-session warns,” it added.

Ex-Minister Set For Grilling Over $1.092b Malabu Oil Deal Cash