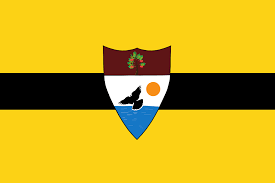 Despite Croatia reluctance to uphold her upper court verdict in favour of the self declared micronation, Liberland since 2015, the country has not in anyway relent in making progress to achieving her dreams as she plans towards her 3rd anniversary coming up on 13 April, 2018 making exactly 3 years the country was declared by a former Czech politician, Vit Jedlicka who is presently the president of the nation, following the over 30years abandonment of this 7.2sqm landspace which had since then been a border between Serbia and Croatia after the Yugoslav war, as a result became a non teralinus before Jedlicka’s declaration.
The recent opening of its representative office in Belgrade the capital city of Serbia is indeed a plus to the newest European nation and third world smallest micronation, Liberland, bringing about easy access through the Danube river, an international water way despite its representative office in over 80 countries of the world to include continents like Asia, America, Australia including Africa with which Nigeria is inclusive making this anniversary a milestone as it will be celebrated in conjunction with the d10e 20th edition of the leading conference on decentralisation.
However, this year’s anniversary which is a 3 days event is basically centred towards the way forward on eminent issues as it’s affects Liberland as a country and much deliberation on how the country plans to survive economically through her tax-free policies alongside achieving political goals by maintaining budget transparency.
The Liberland Consular in Nigeria, Rev. Emmanuel Chigbogu through his spokesperson, Mr Olumide Benson thereby enjoin all Nigerian entrepreneurs who intend to enlarge the coast of their businesses to seize advantage of this upcoming event as it is an opportunity to be part of those that will define the future of Liberland and also an advantage for professionals who intend to live and work in the newest nation bearing in mind that all contributions will be rewarded with due merit and all those who have attained the minimum required merit through working for the development of Liberland via diplomatic, commercial or technological projects and making financial donations since they joined the pursuit will be rewarded with citizenship during the event.
The Liberland citizenship is open to all countries of the world regardless of race, colour and religion including skilled and unskilled individuals interested in dual citizenship, who must be capable of contributing positively to the development of the nation and with no past record of criminal activities.
Related Topics:
Up Next