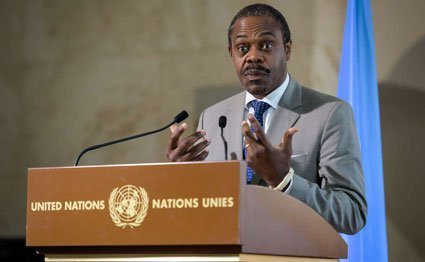 His arrest comes after he resigned as health minister in July after being stripped of responsibility for the fight against Ebola by President Felix Tshisekedi.

At that time, he wasn’t pleased with the decision to remove the Ebola response directly from his supervision and reassigning it to a multi-disciplinary team that would report directly to him.

“As a result of your decision to place the response to the Ebola outbreak under your direct supervision … I hereby submit my resignation as health minister,” Ilunga said.

“As in any war, because that is what this is, there cannot be several centres of decision-making for risk of creating confusion,” he added.

He even went ahead to criticise the outside pressure to deploy a second Ebola vaccine manufactured by US-based firm Johnson & Johnson.

“It would be fanciful to think that the new vaccine proposed by actors, who have shown an obvious lack of ethics by voluntarily hiding important information from medical authorities, could have a significant impact on the control of the current outbreak,” he said.

In a statement on Saturday, September 14, the national police said Oly Ilunga Kalenga, 59, was detained because they believed he planned to evade legal proceedings by leaving the country.

“Unfortunately, police received information about his disappearance with a view to reaching Congo-Brazzaville,” the police’s press service said, referring to the neighbouring Congo Republic.

The authorities also confirmed that Ilunga was in police custody and is likely to face a prosecutor on Monday.