Senator Dino Melaye, the senator representing Kogi West is always in the news, but of recent, the negative perception his conduct have elicited from many is now a source of concern to his cronies.
From his role after the inconclusive gubernatorial election in the Kogi State which saw him chair the inauguration committee of Governor Yahaya Bello and the inauguration proper, which he compere to the present, where his comment on the deregulation of the downstream sector of oil industry resulted in the hike of the pump price of PMS, the loquacious senator’s rating has nose-dived and it will not be an understatement to tag him as the ‘Most Hated Politician’ in Kogi State. 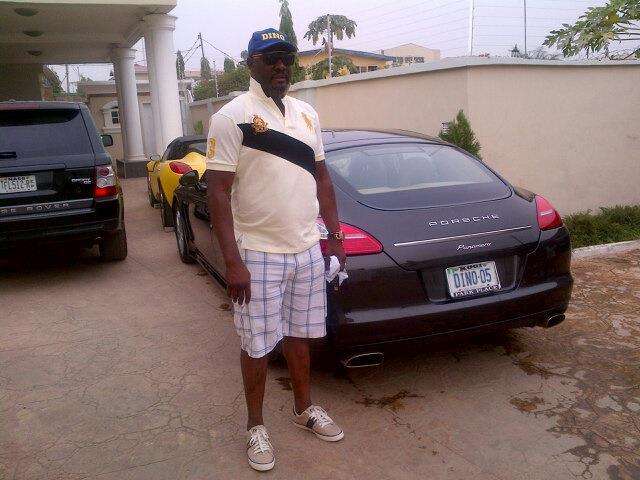 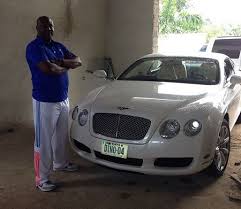 Despite the apparent rapport between Sen. Melaye and Gov. Yahaya Bello at the commencement of the latter’s administration, the relationship soured for what insiders attributed to the attempt by Senator Melaye to impose himself as the godfather of Kogi politics with intent to fill political positions with his lackeys and associates.
Things came to a head when Gov. Yahaya Bello appointed Hon. Simeon Achuba as his deputy following the refusal of Hon. James Faleke to assume the office. This is against the expectation of Sen. Melaye who felt the choice to provide the replacement should be his considering his claim that his support paved way for the stabilization of Gov. Bello’s administration in the wake of the crisis that engulfed the state as a result of his emergence; this is evident in the elaborate screening exercise that Sen. Melaye commissioned to pick a Deputy Governor for Kogi State.
Those present when the bubble finally bust revealed that Gov. Yahaya Bello felt he owes no allegiance to Sen. Melaye in view of the fact that the services rendered by the senator were fully paid for. The bad blood this has created has dealt the image of Sen. Melaye a huge blow.
The activities of Sen. Melaye in the National Assembly has further depreciated his esteem in the eyes of many especially his constituents, who view his sycophantic fawning over Dr. Bukola Saraki as a huge embarrassment. For an individual who gained notoriety for his anti-corruption activism to see nothing wrong in his subservient disposition to Dr. Bukola Saraki, presently on trial on corruption-related charges has exposed the charade in the senator’s activity.
One year after inauguration, sources said that Sen. Dino Melaye has no constituency office as required by law and apart from the servicing of existing hand pump boreholes he started just a few weeks ago, and we were told that his constituency cannot boast of any democracy dividend apart from his addiction to ostentation and insensitive display of opulence in his collection of exotic cars and motorcycles.
Though his counterparts have disbursed empowerment materials under the MDG arrangement, the people of Kogi West are still expecting theirs. 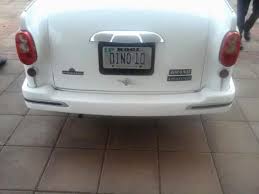 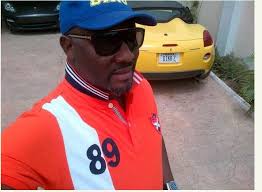 “For a senatorial district peopled with distinguished sons and daughters, it is a shame to see their representative in the senate engaging and persisting in a hoop of gaffes that are unbecoming of his office.
“His contributions to national discourse have been a plethora of goofs; his response to Chief Obasanjo’s correspondence to the National Assembly on Corruption, his Made-in-Nigeria comment and ready to die for Dr. Saraki comment on the code of conduct tribunal trial are just few instances.
“The ultimatum Sen. Dino Melaye issued to President Muhammadu Buhari to reverse the subsidy removal or face mass protest, which he threatened to spearhead though laughable is nauseating,” said a source.
It was learnt that it means Sen. Melaye is either ignorant of his duties or is just being mischievous as observers have pointed out the incredulity in his position in view of the fact that he participated in the entire process that passed the appropriation bill that did not make any provision for subsidy payment and did not raise ant issue only to come up with this ridiculous ultimatum.
From his senatorial district to the state then to the national assembly and vital issues of national importance, Sen. Melaye, we gathered, has exhibited a proclivity for comical showmanship in addition to a selfish disposition towards legislative representation.
“This is exemplified in his inability to execute any viable project in Kogi West since he came to the senate and has failed to attract any project to his constituency as the latest breakdown of capital projects in 2016 budget has shown.
“Over time, Nigerians have seen through the deception of Sen. Melaye and realized that every action and reaction of this political merchant is premised on the pecuniary gains accruable.
“No wonder the disdain and contempt with which Sen. Dino Melaye is regarded and this explains why he is the most hated politician not only in his constituency but the entire Kogi State,” a source said.

During the second reading of the Bill which addresses the prohibition of Sexual Harassment of students in Tertiary Education Institutions, Senator Dino Melaye was quoted to have said, Sexual Harassment Bill is both sided, females should also be cautioned ’cause not all of us have the anointing to resist’. Nigerian Twitter Users have reacted to this statement which they feel is in defence of men who sexually assault women based on such a flimsy excuse. More tweets after the cut… 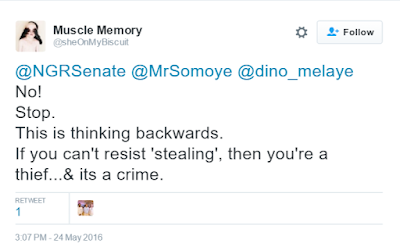