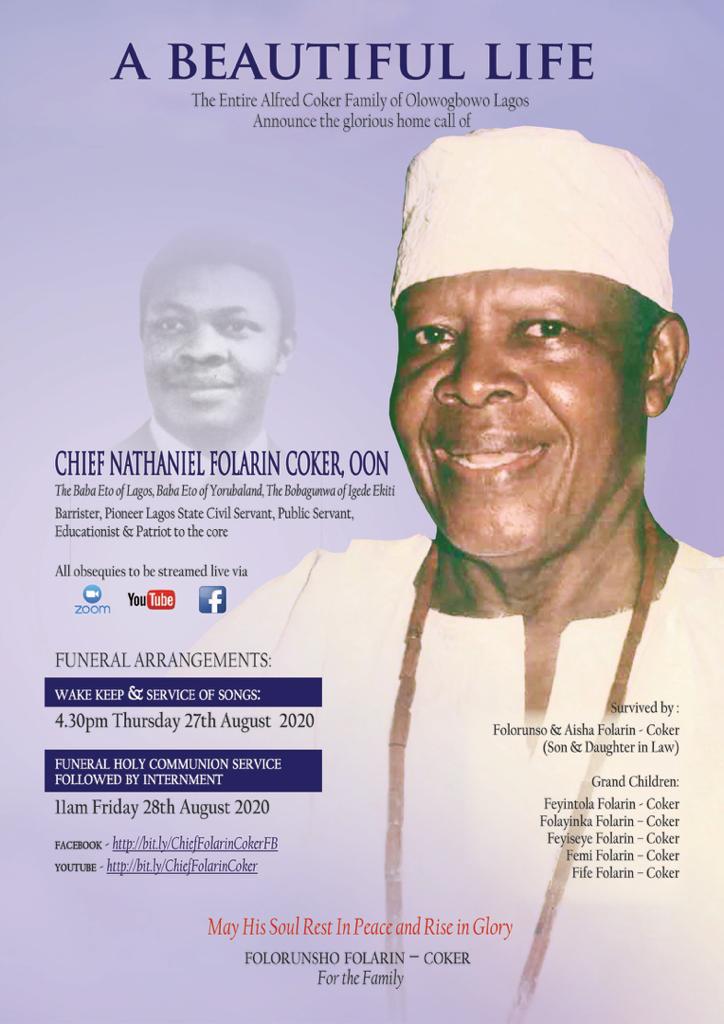 According to the burial arrangements released on behalf of the family by his son, Folorunsho Folarin-Coker, the Christian wake keep for the late Barrister, Pioneer Lagos State Civil Servant, Public Servant, Educationist and Patriot to the core will hold on Thursday 27th August by 4:30pm.

The elder statesman is survived by an only child and son, the Director General of the Nigerian Tourism Development Corporation (NTDC), Mr. Folorunsho Folarin-Coker, daughter-in-law, Aisha Folarin-Coker and five grandchildren.