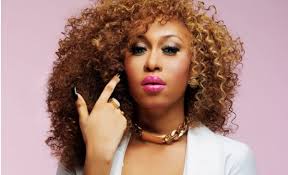 Popular dancehall musician, Cynthia Morgan, has been off the music scene for sometime.

Her absence has prompted her fans including Nollywood actress, Adesua Etomi, to inquire about her whereabouts on Twitter.

New reports suggest that the singer took time off to settle some personal issues as she is reportedly facing a major debt crisis.

According to Saturday Beats, the music artiste is experiencing some financial challenges which is disrupting her career.

Court documents showing that the singer has been charged to an Ikeja High Court over her inability to pay the rent of her Omole apartment has also surfaced online.

The singer reportedly owes waste bills for over a year and N1.3 million, which is her house rent. She was also reportedly served court papers for not paying up to N3.584 million in tax.

When this newspaper called the singer on Sunday, her representative who identified himself simply as Maze denied the fact that she owed money.

Cynthia Morgan shot into limelight following the release of two singles titled “Don’t Break My Heart” and “Lead Me On”, which received massive airplay and positive reviews from critics.

On August 22, 2013, the 26-year-old singer signed a recording contract with Northside Entertainment Inc. owned by the elder brother of the disbanded Psquare, Jude ‘Engees’ Okoye.