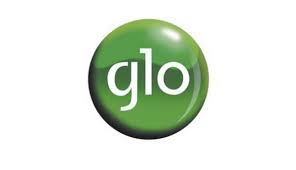 The National Industrial Court of Nigeria (NICN), Kaduna has ordered Globacom Limited to pay $69, 212.38 to its former Installation Technician, Souleymane Thera over unlawful termination of his appointment.

Justice Lawal Mani in his judgment also ordered the telecom company to pay Thera, the sum of $11,000 being his 11 years’ vacation allowances.
The court further ordered Globacom to pay interest of 10 percent per annum on the judgment sum from June 22, 2017 till final liquidation of it.
In his judgment, Justice Mani noted that hearing of the case commenced on May 2, 2017 when the claimant opened his case and testified as CW1, adopted his written statement as his evidence in chief and tendered eight exhibits.

The claimant had through his counsel, Abdulkarim Maude told the court that he was employed by the defendant as Installation Technician on September 22, 2004.

He stated that by the terms and condition of the employment his consolidated salary package was $42,000 per annum and that by internal memorandum dated October 10, 2006 signed by the Executive Director human Resources, his salary was reviewed upward to $50,000.00.
The claimant stated that on July 23, 2007 he received an internal memo signed by the Executive Director Human Resources informing him that his annual salary has been increased to $70,000.

He added that his appointment was terminated contrary to the terms and conditions of service as contained in the letter.
The claimant averred that he was not given 60 days’ notice nor was he given any one month salary in lieu of notice contained in the letter.
Besides, the claimant stated that upon the issuance of the purposed letter of termination, he instructed his solicitors to write a letter of complaint to the Executive Director Human Resources of the defendant.

The claimant averred that the defendant failed to respond to several letters of demand for his entitlements as contained in the terms and conditions of service but to no avail.

Counsel to the claimant in his final written address argued that it is trite law that rules of court are bound to be respected, failure of which judgment may be entered against an adverse party.

2019: Crack in APC as senator says Governor does not deserve second term