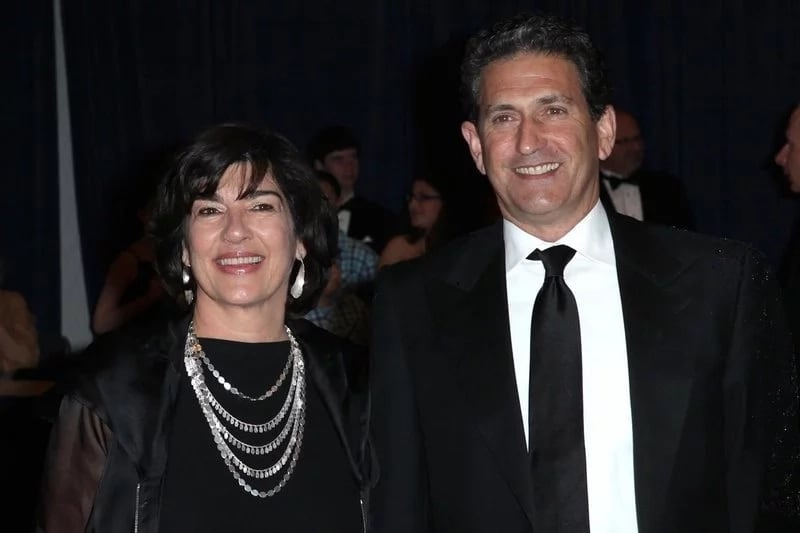 According to several sources, popular journalist Christiane Amanpour and her husband of 20 years Jamie Rubin have called it quits with their marriage.
The couple, who are both journalists reportedly, fell in love while working in war-torn Sarajevo. They tied the knot in a wedding ceremony in 1998 in Italy. Their wedding was attended by John F. Kennedy Jr. and wife Carolyn, diplomat Richard Holbrooke, Clinton aide Sidney Blumenthal and former Deputy National Security Adviser James Steinberg.
Washington Post reports that the divorce is amicable and the two remain close friends. They have a son Darius who is 18-years-old.
Amanpour, who also hosts CNN’s global affairs show Amanpour, currently lives in London while Rubin a former diplomat and journalist lives in Washington, where he is writing and consulting for lobbying firm Ballard Partners. Christiane was born to an Iranian father and a British mother in London and raised in Tehran.
She has won countless awards as well as numerous honorary doctorates and degrees for her work. Jamie served in the State Department under President Bill Clinton, before he joined Sky News as a presenter, and later a commentator.
He graduated from Columbia University, from which he also received a master’s degree in international affairs and was a member of Hillary Clinton’s 2008 presidential campaign, Daily Mail reports. In 2013, the couple announced they were moving back to London and Christiane called Jamie a ‘true hero’ for moving to England for her.
Related Topics:
Up Next