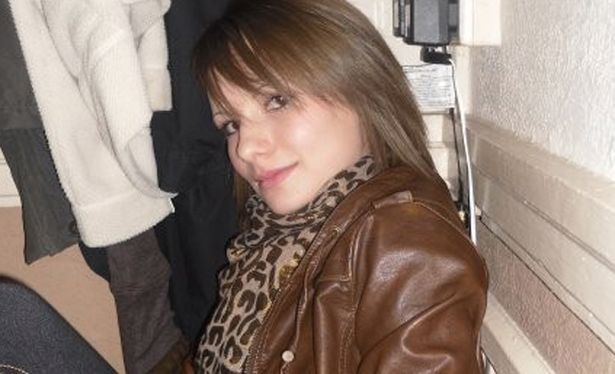 A teenager today walked free for raping a young girl – after a judge heard how his heavily pregnant sister was raped and murdered.

Luke Grender, aged 18, was in tears as the judge let him off with a suspended jail term after he admitted three charges of raping a child under 13.

The judge said Grender’s family had suffered “more heartbreak” than nearly any other family who came into contact with the courts.

Judge Philip Richards told sobbing Grender: “You must not think you are getting away with it”. 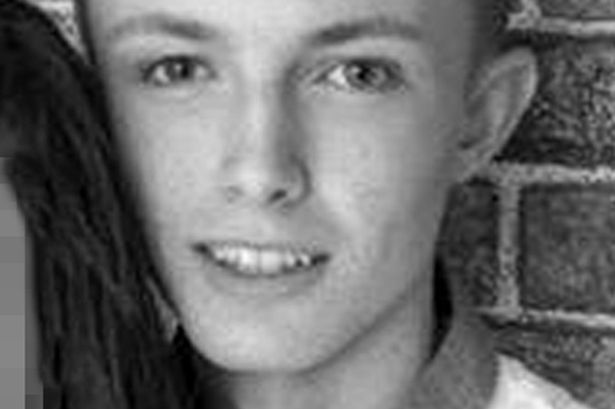 Suspended sentence: Luke Grender was told he was being spared jail because of ‘exceptional circumstances’

The court heard how Grender’s thinking was “twisted” after his sister Nikitta,19, was stabbed to death two weeks before she was due to give birth to a baby daughter almost five years ago.

The baby also died when Nikitta was knifed in the stomach by bouncer Carl Whant,27, who torched the teenager’s flat to disguise the crime.

Whant later yawned in the dock when he was jailed for 35 years.

In the same court today the judge heard how Grender had dragged his schoolgirl victim upstairs by her hair and raped her.

Family tale: Nikitta Grender, who was eight months pregnant and 19 years old when she was killed

He admitted three charges of raping the girl when he was aged 16 and 17.

Prosecutor John Lloyd told Newport crown court: “The defendant began pestering her for sex. When she refused he threatened to drag her up the stairs.

“When she refused again he did – he took her by the hair and dragged her up the stairs. He pulled down her leggings and intercourse took place.”

The prosecutor outlined details of a second occasion Grender raped the girl.

He said: “She was fully clothed. The defendant pinched and punched her when she wouldn’t agree.

” She then took off her clothes under pressure and sexual intercourse took place. Bruising on the hips and arms were visible following the incident.

“Since this incident she doesn’t feel like a person anymore. She doesn’t trust anyone.

“She said: ‘I want to go out with friends without looking over my shoulder. I want to look forward to the future’.”

Defence lawyer James Tucker said: “Your honour will remember a haunting picture five years ago, of the defendant with his parents outside this building as the superintendent read out a 35-year-life sentence for the killing of his sister.

“While the empathy or sympathy one may feel is tempered by the seriousness of the offence, one of the contortions twisting the thinking of Luke is that he has ended up in some way blaming himself for being so close to his sister so soon before she was killed.

“There is no indication that outside of this case he has behaved inappropriately to a child – and he has shown respect to both women and girls.”

Mr Tucker said the “harm done to this adolescent boy” happened shortly before he committed the crimes.

Passing sentence, judge Richards said he would spare Grender an immediate jail term on the grounds that the case was “quite exceptional by any standards.”

The judge told Grender: “You must not think you are getting away with it.

“Your conduct towards this young girl was entirely unacceptable.

“Experience tells us that later in life it becomes much more difficult to live with the way you treated her.

“It is likely she will have appalling reflections on this ordeal for the rest of her life.

“I must emphasise that this sentence does not reduce the seriousness of what you have done.”

Handing Grender a two-year suspended jail sentence, judge Richards said: “You and your family have undergone more heartbreak than nearly any other family in the context of the work we undergo.

“I am very aware that you fear a custodial sentence, and I recognise that you would have difficulty sustaining such a sentence.

“There could be enormous consequences should an immediate sentence be imposed.

“And I believe that the reality is that a sentence in the community will offer you more help and protect the public more quickly, than a short prison sentence – that you would struggle to cope with.”

Grender, from Newport, Gwent, will also be listed on the sexual offenders register for 10 years.

An outraged rape charity hit out at the “soft sentence” imposed by the judge.

“A suspended sentence is totally inappropriate for rape – whatever the circumstances.

“This must compound the suffering for the victim and it’s a shame the judge seemed to feel more for the perpetrator than what was best for the victim.

“The message it sends out to other people is that if you have heartbreak in your family and then commit rape you could get a lenient sentence.

“This man committed rape and should be put away for rape.”