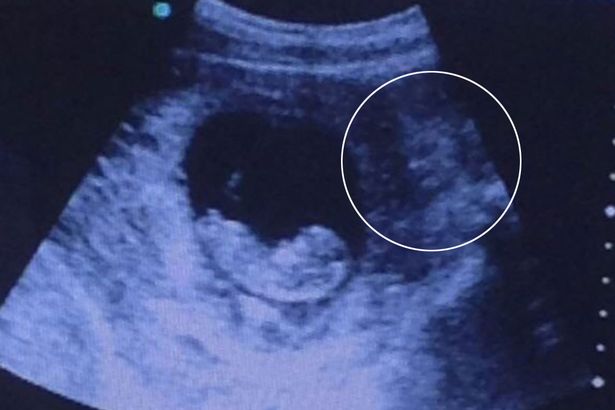 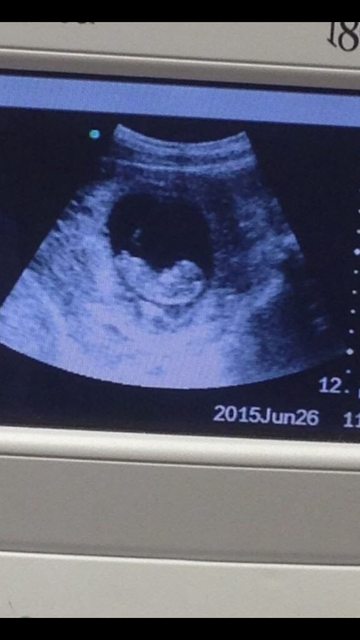 An ultrasound picture of an unborn baby has gone viral after a strange looking figure next to the foetus was spotted by thousands of social media users.

The eerie image was posted on imgur under the heading “A friend’s ultrasound. When you see it…”.

At first, the scan looks like a fairly innocuous picture of n unborn child resting sweetly in their mother’s womb.

But if you look to the right of the picture, you might see something altogether more disturbing.

A grainy outline of what looks to be a woman has been spotted by many people who have looked at the picture.

Opinion is divided as to what the figure looks like, with the most popular choices being a Hindu Goddess, a mermaid or a demon.

One commentator said: “Does no one else see the demon on the right?”

But another responded: “Hindu goddess on the right side of the image.”

To sum up the disagreement, subtlemrs simply wrote: “I’m seeing a friendly mermaid. Everyone else is seeing a demon. We’re all weird.”

The picture has been viewed more than 500,000 times since being uploaded yesterday.

This creepy occurrence isn’t the first time strange things have been spotted on ultrasounds.