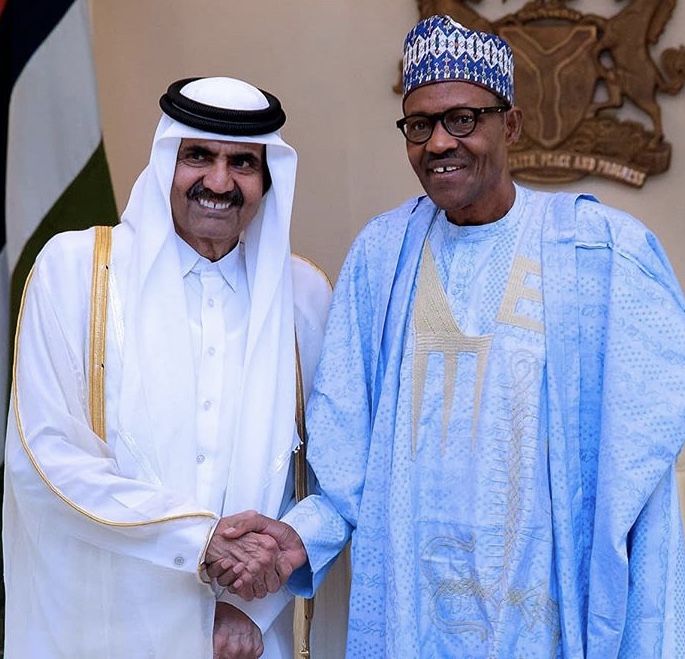 The President, in the company of some government officials, received Sheikh Al Thani on Thursday at the State House in Abuja.

Those present are the Chief of Staff to the President, Abba Kyari; Attorney-General of the Federation and Minister of Justice, Abubakar Malami, as well as the ministers of state for petroleum resources, Ibe Kachikwu; and that of aviation, Hadi Sirika.

Meanwhile, Sheikh Al Thani was accompanied on his visit to Nigeria by the former Prime Minister of Qatar, Sheikh Hamad Bin Jassim Bin Baber Al Thani, among others.

Below are more pictures:

Why I Was Absent At APC Meetings — Saraki

Face-Off: Reps pass vote of no confidence on Fayemi, others