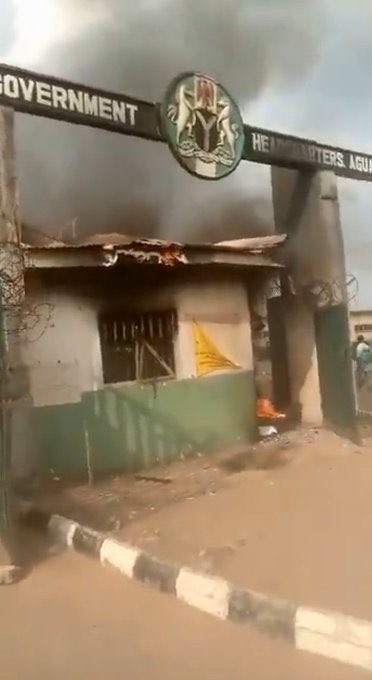 The Aguata Local Government Area Council headquarters, Anambra State, was on Thursday attacked by arsonists, believed to be those widely referred to as “unknown gunmen” in the South-East.

The newly sworn-in Governor of the State, Chukwuma Soludo, hails from Aguata.
The attack began Thursday afternoon and the council headquarters was set on fire by the attackers, who are believed to be the same people that attacked the market in the council, Eke Ekwulobia.

When contacted, DSP Ikenga Tochukwu said that “following the report of the fire incident at the local government headquarters, the command has deployed men to the area and the situation has been brought under control.”
Ikenga, who is the spokesman of Anambra State Police Command, also said that men of the Fire Service have been contacted and they are already combating the inferno.

Nkechi Blessing comes out as ‘lesbian’ after break-up with husband