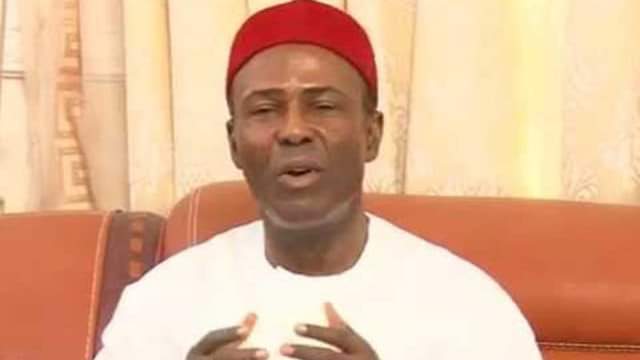 The Minister of Science, Technology and Innovations, Dr. Ognonnaya Onu has resigned his appointment as member of the Federal Executive Council.
Onu, it was learnt, submitted his letter of resignation to the Secretary to the Government of the Federation, Boss Mustapha.
Onu, had on Friday, May 6, announced his presidential ambition at the NUJ International Press Centre in Abuja. He had later on Friday afternoon, bought his Presidential nomination and expression of interest forms of the All Progressives Congress (APC).
President Muhammadu Buhari had earlier Wednesday, during the Federal Executive Council meeting, directed members of his cabinet with ambition to contest elective offices in 2023 general elections to resign on or before May 16, 2022.
The President had confirmed the resignation of Emeka Nwajiuba, the Minister of State for Education.
Besides Onu, some ministers who had declared interest in the 2023 general elections, include Rotimi Amaechi, the Minister of Transportation; Niger Delta, Godswill Akpabio; Labour and Employment, Chris Ngige; Minister of Justice and Attorney General of the Federation, Abubakar Malami.
Others are the Minister of State Mines and Steel, Uche Ogar, who is running for governorship position in Abia State, the Minister of Women Affairs, Paulline Tallen, who declared her ambition to contest for the senatorial seat in Plateau State.

BREAKING: 2023: Ngige In A Fix Over Buhari’s resignation order