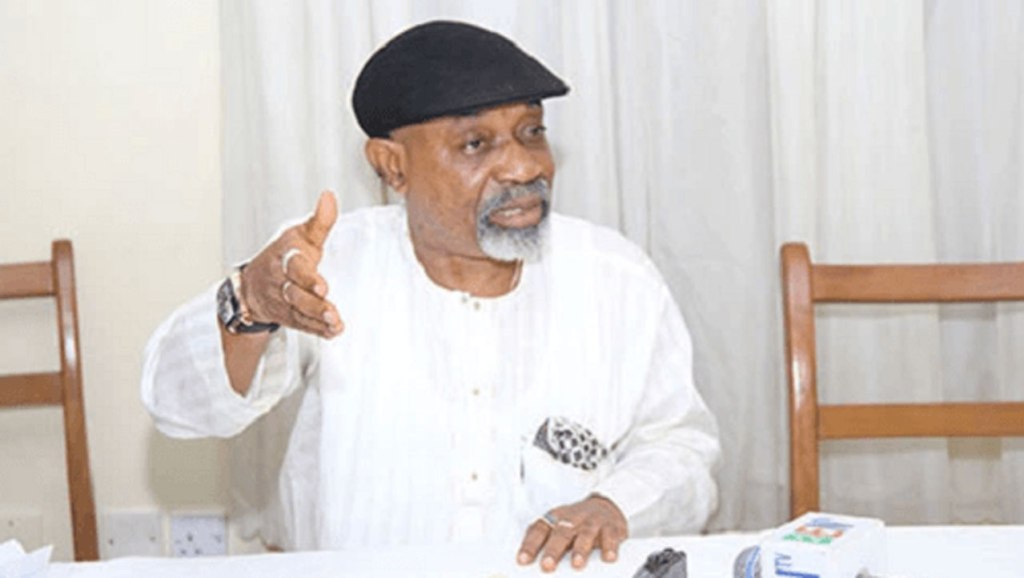 Nigeria’s Minister of Labour and Employment, Senator Chris Ngige says he’s not in a rush to leave office.
Ngige was reacting to President Muhamadu Buhari’s directive that all ministers seeking for any elective office in 2023 should drop their letter of resignation on or before May 16.
Senator Ngige a former Governor of Anambra State is a presidential aspirant on the Platform of the All Progressives Congress.
The President gave this directive at the Federal Executive Council, FEC, meeting in the capital city of Abuja on Wednesday.
He told ministers who have declared their presidential ambition to resign before Monday 16th of May.
Senator Ngige said that he has to consult with President Muhammadu Buhari and his constituents in Anambra State before any resignation can be considered.
Another minister who has declared his Presidential ambition, minister of State for Education, Chukwuemeka Nwajiuba, resigned before the Federal Executive Council meeting which was followed by the resignation of the Science, Technology Minister, Ogbonnaya Onu
The issue of the refusal of Political appointees at the Federal Level to resign has been a controversial one.
This is due to the seeming indiferrence of the President to it before now.
The directive by President Muhammadu Buhari to ministers to resign may have put paid to the insinuations that he is in supoport of such moves.
The guidelines for nomination of candidates and eligibility to take part in an election is still also a matter of much debate as the amended Electoral Act 2022 is still a subject of litigation.
The Constitution is however clear that any aspirant who is an appointee must resign 30 days before the election to eb eligible to participate.
Those who are expected to be affected by the directive include Minister of Transportation, Rotimi Amaechi, State For Petroleum Resources, Timipre Sylva, Labour and Employment, Chris Ngige, Justice, Abubakar Malami(SAN), Niger Delta Affairs, Obong Godswill Akpabio, Science and Technology, Ogbonnaya Onu, Women Affairs, Dame Pauline Tallen and Mines and Steel Uche Ogar.