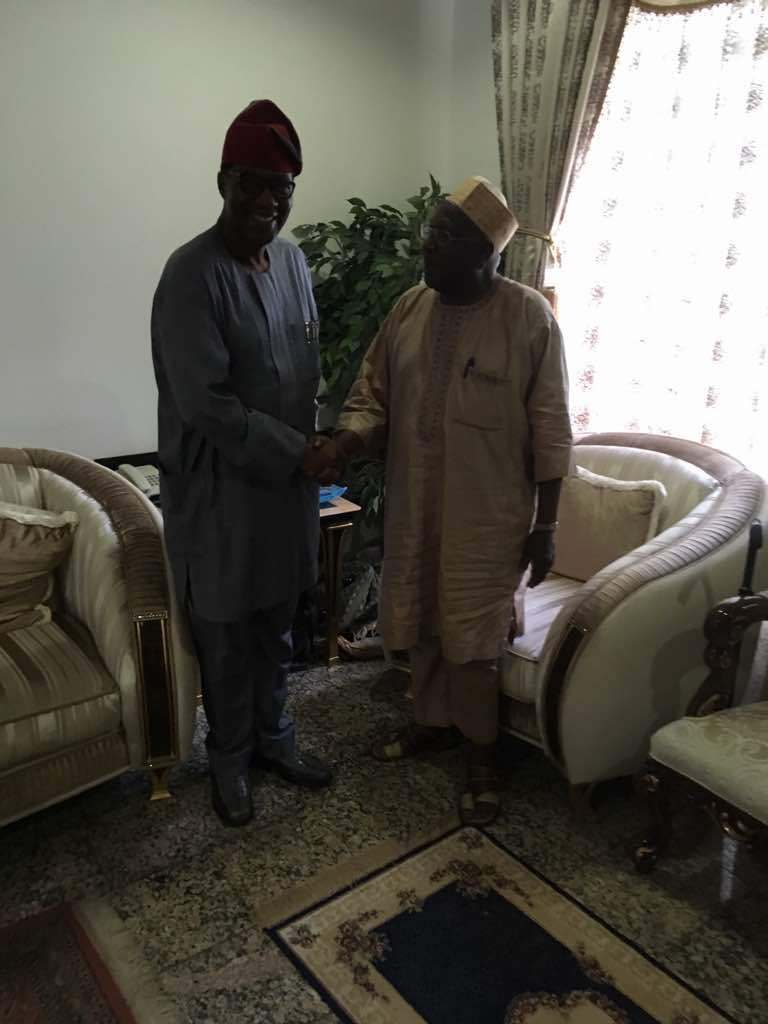 Known for his blunt posture on issues affecting the party, Tukur stated that Daniel possesses the qualities of the kind of leadership the party requires at this material time, when it needed to be positioned to take its pride of place in the country.

According to him, “The fact is that,  if the chairman is to come from South West, Otunba Gbenga Daniel, in my best judgement, is head above all the rest if PDP is determined to win the 2019 elections.

“He is best qualified for the following very strategic reasons: He has a measure of gravitas,  less encumbrances, financial independence, and so would not be less likely  to fall prey to manipulation from clandestine covert financial influences,

“He is electorally competent with deep knowledge and experience of electoral battles.

“He is best able to leverage on the architecture of Yoruba politics with access to the disparate tendencies  and forces – Afenifere,  OPC and other leaders of opinion.”

The former chairman of the party said further, when Otunba Gbenga Daniel paid him a visit at his house in  Abuja recently, that the former governor is an Ijebu man, who are the strongest political group within the political pantheon.

He added that the consummate politician is best able “in my opinion to command respect of broad spectrum of the PDP power centers – the powerful governors and former governors forum, elective and appointive officers. Right temperament, composure,  calm but tough and determined committed gentleman.”

The accomplished politician declared that if Otunba Gbenga Daniel was elected and chosen as the next Chairman of the party, regarded as the largest in Africa, then it would be easy for it to take over the mantle of leadership in the country in 2019 and restore the hope of the teeming Nigerians, who he said were tired of the maladministration of the All Progressives Congress (APC)-led Federal Government.

Otunba Daniel also took time to visit a former Governor of Jigawa State, Alhaji Sule Lamido in Abuja, who assured him of his support and that of northerners, who he said were willing to support a man of integrity and character like that of Daniel.

Lamido stressed that the party could not afford to toy with its ambition at this material time and that Otunba Gbenga Daniel has proven that he has all it takes to take the party to the next level.

The former Governor also took time to visit Chief Edwin Clark, former Minster for Information and Ijaw leader, who assured him of the support of the South Southerners, adding that Otunba Gbenga Daniel has all the requisite requirements to lead the party to victory at the polls in 2019.