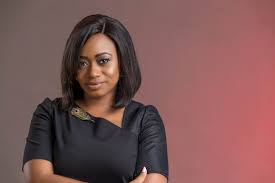 Controversy has continued to trail the appointment of a Deputy General Manager in Diamond Bank as a new Deputy Director of the Central Bank of Nigeria (CBN).

The lady at the center of the controversy, Aishah Ahmad was said to be a  DGM in Diamond Bank before she was ‘hurriedly promoted’ as an Executive Director of the bank before her new appointment.

According to reliable informants, Aishah was a DGM in the bank on Tuesday 3rd October, 2017 and by the morning of Wednesday, 4th October she was quickly appointed as ED in the bank and immediately appointed as Deputy Governor of the CBN same Wednesday evening.

We were told that ordinarily the CBN only accepts from Executive Director (ED) cadre as Deputy Director.

It was alleged in some anonymous posts on the social media that Aishah’s promotion to the position of Executive Director at Diamond Bank Plc was rushed a few hours to the announcement of her name as the nominee to replace Sarah Alade, who retired from the bank as deputy-governor (economic policy) in March 2017.

The message read: “We have a new Deputy CBN Governor by name Aishah Ahmad. An erstwhile DGM (Deputy General Manager), she was appointed an ED (Executive Director) in Diamond Bank Wednesday evening and before the staff got home same Wednesday, they learnt of her appointment as CBN Deputy Governor. CBN typically accepts only Executive Directors for that position.”

Those who oppose her appointment as CBN Deputy Governor argued further that she was promoted overnight at CBN to meet this requirement and because she is just 40, it was also argued that she is too young for the coveted office.

Sources revealed that Aishah is close to senior players in the banking industry and that her elevation must have been influenced by some of the players.

Sources revealed that the woman’s appointment was made to fill the slot of the bank as other banks such as Zenith Bank and First Bank have reportedly filled their slots in the apex bank.

We were reliably informed that the memo nominating Aishah for deputy-governorship was sent to President Muhammadu Buhari on February 20, 2017 with Alade set to retire after spending 25 years at CBN.

The memo allegedly remained untreated as the president battled with health problems for months.

Meanwhile, in Ahmad’s CV, she said she was promoted ED at Diamond Bank in May 2017 — three months after her name was sent to the president for the CBN vacancy.

The Diamond bank board reportedly only confirmed her elevation on the eve of the announcement of her nomination by the president.

The curious case of her promotion might not have been helped by the fact that she was a deputy general manager previously, meaning she skipped being general manager. Although in the private sector double promotions are not unusual, the circumstances surrounding her case would raise suspicion that it was meant to beef up her resume.

Diamond Bank, the last employer of Aishah Ahmad, reportedly  gave a dodgy response when asked to respond to widespread claims that Ms. Ahmad was promoted executive director on the same day she was appointed to the top CBN post.

Rather than make a categorical comment on when Mrs. Ahmad was raised from her position as Deputy General Manager to Executive Director, Mike Omeife, Head of media Relations at the bank, was quoted to have said that she had been executive director at the bank “for a while”.

“He maintained that based on her wealth of experience, she is qualified to be appointed to the new position,” said a source.

However, the CBN Act does not require that an appointee to that position must be an executive director of a bank, and it is not clear why she had to be controversially upgraded.

Section 8 sub-section 1 of the CBN Act 2007 states, among others, that: “The Governor and Deputy Governors “shall be persons of recognised financial experience and shall be appointed by the President subject to the confirmation of the Senate.”

Some commentators argue that Ms. Ahmad’s expertise may not be the kind of skills needed at the CBN.

We learned that the woman is better known for overseeing privilege banking, securing accounts from high net-worth individuals, and providing private client services to wealthy customers. Her understanding of economic policies remained unclear.

Abdul Mahmud, an Abuja-based attorney, reportedly said of the appointment, “That she replaces Sarah Alade as Deputy Governor of CBN in charge of economic policy- monetary policy, financial market, etc, before her retirement, makes her catapult curious.

“With a background in accounting and professional training in consumer banking, you would ask: what was her appointor thinking? She is not a monetarist, there is nothing in her CV that shows that she is nuanced in monetary economics,” he said.

Aishah is expected to assume duty as CBN deputy governor immediately after her confirmation by the Senate.

Until her appointment, Mrs. Ahmad, a holder of Master of Science, M.Sc degree in Finance & Management from the Cranfield School of Management, United Kingdom (2006-2007) and a Master of Business Administration, MBA in Finance, University of Lagos (1999-2001), was the executive director (Retail Banking) at Diamond Bank Plc.

She is the chairperson, executive council of Women in Management, Business and Public Service, WIMBIZ, a Nigerian non-profit organization focused on issues affecting the interest of women professionals in business, particularly those promoting leadership development and capacity building to engender growt.

Checks revealed that details of the bank’s annual report showed that as at December 2016, Mrs. Ahmad held the position of Head, Consumer and Privilege Banking.

Similarly, in its quarterly reports for March and June 2017, the names of the two aforementioned officials remained as executive directors.

Observers believe that the Aishah’s appointment is a bad precedent and that it is a matter of time before “every reasonable person in the industry would realise the folly in the appointment.”