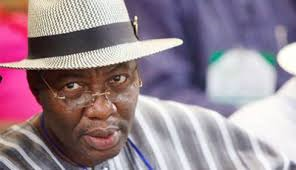 Former Vice President Atiku Abubakar has appointed former Ogun State governor, Otunba Gbenga Daniel, as the Director-General of his campaign for 2019 presidency.
In a statement signed by him, Atiku said Daniel would see to the day-to-day running of his campaign while he focuses on his nationwide consultation.
The statement reads in part: “I am pleased to officially notify you of the appointment of His Excellency, Otunba Gbenga Daniel (“OGD” as he is popularly known), as the Director-General of the Atiku Campaign Organisation.

“OGD is a former two-term governor of Ogun State, and a foremost engineer, businessman and astute politician. He has vast knowledge of the Nigerian political terrain and has a wide network of contacts and friends all over Nigeria, and these are a few of the assets he will be bringing to our campaign organisation.

“I am in no doubt OGD is a very positive and welcome addition to our campaign and I look forward to working with him as he leads over campaign to victory come February 2019.

In 2011, Otunba Gbenga Daniel was the Southwest Coordinator of Jonathan/Sambo Presidential Campaign. He was also one of the Chairmanship aspirant at the last People’s Democratic Party’s National Convention held in December 2017.