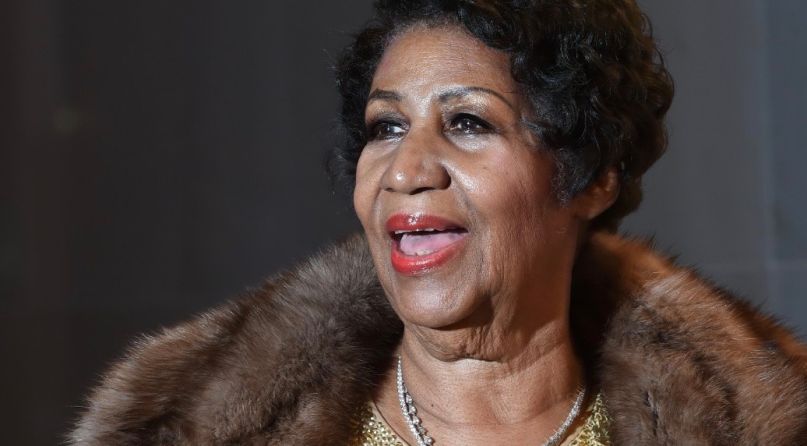 Aretha Franklin, the “queen of soul” known for hits like Respect and Think, has died in Detroit at the age of 76.

The legendary singer was diagnosed with cancer in 2010 and announced last year she was retiring from music.

Franklin had more than 20 US chart hits over a music career spanning seven decades.

The star gave her final performance last November at a gala in New York held in aid of the Elton John Aids Foundation.

In a statement, her family said: “In one of the darkest moments of our lives, we are not able to find the appropriate words to express the pain in our heart.

“We have lost the matriarch and rock of our family. The love she had for her children, grandchildren, nieces, nephews and cousins knew no bounds.”

The family also confirmed her death was due to advanced pancreatic cancer of the neuroendocrine type.

Born in Memphis to a gospel singer/pianist and a celebrated Baptist preacher, Franklin was tutored from an early age by such gospel stars as Mahalia Jackson and Clara Ward.

She struggled to find fame in the early years, with record label Columbia unsure how to frame her impressively powerful voice.

Sir Elton John led the tributes on his Instagram account, writing: “The loss of Aretha Franklin is a blow for everybody who loves real music.

“Her voice was unique, her piano playing underrated… I adored her and worshipped her talent. God bless her. My condolences to all her family and friends.”

Annie Lennox said: “She has reigned supreme. and will always be held in the highest firmament of stars as the most exceptional vocalist, performer and recording artist the world has ever been privileged to witness.

“Superlatives are often used to describe astonishing artists, but in my view even superlatives seem insufficient.”

Sir Paul McCartney wrote: “Let’s all take a moment to give thanks for the beautiful life of Aretha Franklin, the Queen of our souls, who inspired us all for many many years. She will be missed but the memory of her greatness as a musician and a fine human being will live with us forever.”

A move to Atlantic Records in 1966 saw Franklin paired with the famed Muscle Shoals Rhythm Section, prompting some of her most soulful and fieriest performances.

By 1968 she was renowned throughout America and Europe as “Lady Soul” – a symbol of black pride who appeared on the cover of Time and was given an award by Martin Luther King.

After an eye-catching cameo in cult comedy The Blues Brothers, she scored a number of big hits in the 1980s including Who’s Zooming Who? and the George Michael duet I Knew You Were Waiting (For Me).

She was awarded the Presidential Medal of Freedom by President George W Bush in 2005, when she was saluted for “capturing the hearts of millions of Americans”.

Ten years later she reduced President Barack Obama to tears when she sang (You Make Me Feel Like) A Natural Woman at a Kennedy Center Honours ceremony, having previously performed at his inauguration.

You only have to compare Otis Redding’s original recording of Respect to Aretha’s version to hear it. His is superb. Hers is otherworldly.

Even her most thunderous performances retained their humanity – something her disciples often overlooked.

The desolate colours she painted onto the verses of Carole King’s (You Make Me Feel Like A) Natural Woman made the release of the chorus even more joyous.

In later years, she was let down by the material she chose (or which was chosen for her) but her performances still had the poetry and power to move audiences – including, notably, Barak Obama – to tears.