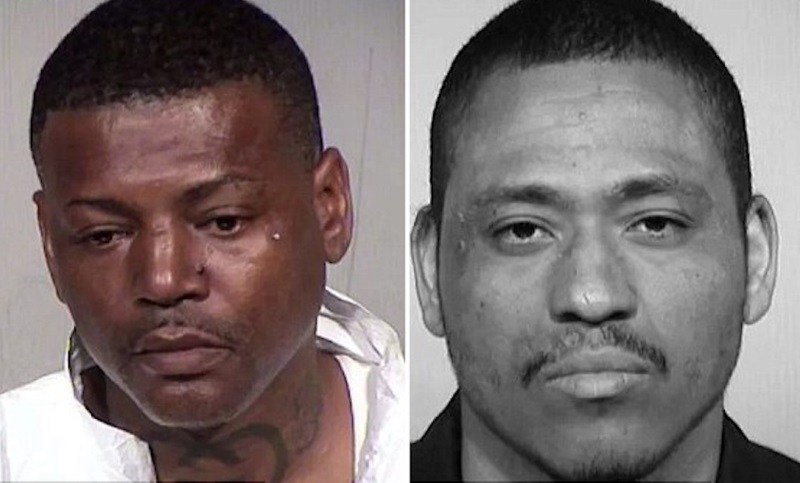 Tragedy has struck in Arizona U.S. after a father decided to “take care of a situation” his own way by killing a man who attempted to enter a bathroom stall where his daughter was.
Police say Melvin Harris III faces a second-degree murder charge in the beating death of Leon Leevon Armstrong, AZFamily.com reports. Harris was taken into custody earlier this month after the deadly encounter at a QuikTrip convenience store in Phoenix involving his 16-year-old daughter.
The 40-year-old was waiting in the parking lot to pick up his daughter and two friends when Armstrong approached him asking for money. Harris gave him some change and Armstrong went into the store. Harris’ daughter came out of the store and told her father that a man tried to enter her bathroom stall by violently shaking the door, police said. She said she told the employees who alerted the security guard.
She then identified Armstrong as the alleged harasser when she spotted him walking out of the store. Possibly thinking not enough was being done, Harris approached the security guard and told him to “take care of the situation, or he would do it himself.” The guard said the incident was being handled.
The protective father, however, confronted Armstrong about the incident and then attacked him, authorities said. Witnesses told police Harris repeatedly stomped, punched and kicked the man.
Harris fled the scene. Armstrong was taken to the hospital where he later died. He suffered brain swelling, a nasal fracture and loss of oxygen. Harris was arrested at his home. He later admitted he struck Armstrong in the face, but claims he didn’t throw the first punch, the report stated.
He also denied hitting Armstrong when he was on the ground. Harris’ fiancee, Diana Jackson, told AZFamily.com that Harris was protecting his daughter. “I’m not mad at him.
I don’t feel like he did anything wrong. I love him. He did what he was supposed to do for our kid. “You cannot tell someone they’re wrong for protecting their children.
“I would have done the same thing. I don’t feel bad at all for his actions. I feel bad that the man ended up dying in the process. I do,” Jackson told the station.
Jackson said it’s unfair her fiancé is being treated as a criminal for protecting his child. Armstrong reportedly also had a criminal history that included shoplifting, trespassing and obstructing justice.
Related Topics:
Up Next