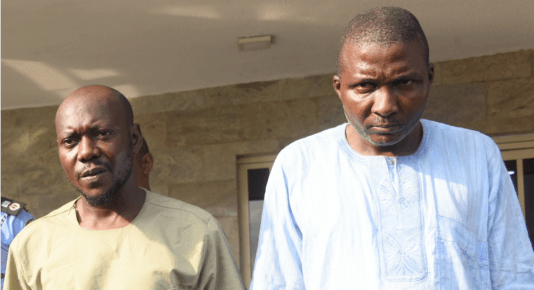 Lagos State Governor, Akinwunmi Ambode, has approved the immediate suspension of the Baale of Shangisha in Magodo, Chief Yusuf Ogundare, for faking his kidnap which allegedly took place on July 5, 2017.

Ogundare and his brother, Mohammed Adams, were paraded during a press briefing at the Lagos House, Ikeja, on Thursday.

The press briefing was addressed by Lagos State Commissioner of Police, Fatai Owoseni; Attorney General and Commissioner for Justice, Adeniji Kazeem; Commissioner for Local Government and Community Affairs, Muslim Folami, and top officials of the Department of State Service.