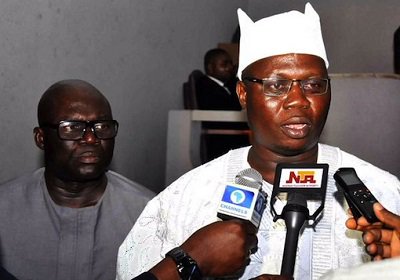 National coordinator of the OPC, Otunba Gani Adams, has vowed that his group would not relent until sanity is restored to Ikorodu area of the state.

He said police authorities in Lagos State had invited the OPC for a joint operation to rid Ikorodu of the deadly squad, badoo, which had lately wreaked havoc on the sprawling community.

His said, “The police invited us to a meeting to see how we could complement their efforts in getting rid of the group.

“I was invited personally, but I told them I was coming with six of our coordinators in Ikorodu. They understand the terrain and could provide useful information needed for the job. And the police authorities obliged.

“It is sad that things got to this stage before we were invited. In an ideal environment, people at the grassroots take the centre stage in ensuring effective security of lives and property in their communities. That is community policing at the grassroots.

“Security of life and property is beyond the security agencies alone. There should be a good relationship between residents of these crisis-prone communities and all the security agencies, including NGOs and other groups. This is very important because they all have different but complementary roles to play in ensuring effective security in various communities,” he said.

He also spoke on the barbaric killings of innocent families by members of the Badoo cult, who he said were obviously killing their victims for rituals.

“They use big grinding stones or pestles to kill their victims in the wee hours of the night. So it is sad, but now the police are investigating and we are supporting them with information and strategies to ensure that Ikorodu remains safe for residents.”

“Ikorodu has gradually become a safe hideaway for criminals. Of all the cultists in Lagos State, Ikorodu alone has about 30 per cent. That is bad. Unfortunately, secret cults have shifted their base from the universities to our homes. Artisans, like vulcanisers, mechanics and others are now members of dreaded secret cults. Young boys in their teens are being initiated into cults and that is bad and it is a very dangerous signal and threat to the security of life and property in our society.

All these cultists are being recruited by prominent people in the society, especially politicians and leaders, who use them to perpetrate evil in the society.

“In this vein, we must do something to stop this trend, because it is going out of proportion. The public transporters, including their unions and associations, have to be checkmated.”

Some people have accused the OPC of having cultists and thugs as members, but Adams vehemently denied such accusations.

“I urge residents of Ikorodu never to take the law into their hands. In a civilised country, whenever a suspect is apprehended over a criminal act, he or she is handed over to the police for investigation.

“Lynching or killing a suspected criminal is outdated and we shouldn’t encourage jungle justice in our society. A situation whereby innocent citizens are killed over trumped-up allegations is absolutely bad and unlawful, therefore, we should be mindful of how we react to situations like this,” he added.