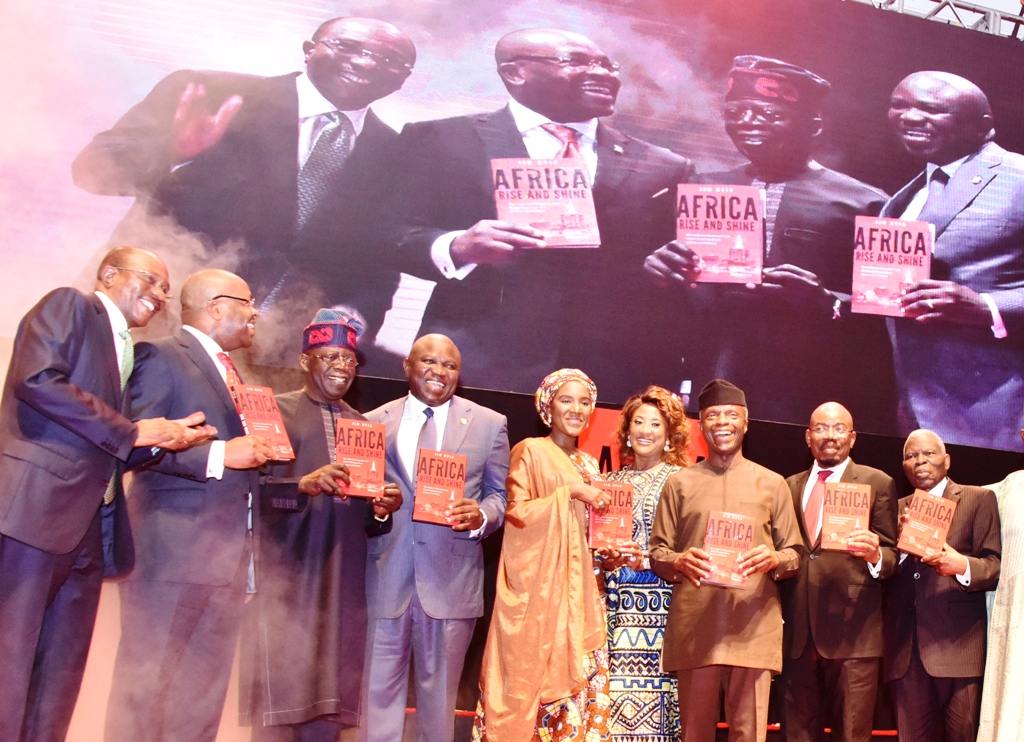 Lagos State Governor, Mr Akinwunmi Ambode on Monday highlighted the contributions of the Founder and Chairman of Zenith Bank, Jim Ovia to the accountancy and banking professions, calling on leading entrepreneurs in Africa to take time to expose the younger generations to their inspiring story with the view to showing them how to become successful business owners.

Governor Ambode, who spoke at the public presentation of Africa Arise and Shine, a book written by Ovia, said it was important for successful entrepreneurs like the author of the book to tell the story of how they were able to navigate the business climate to inspire others who look forward to be like them.

According to the Governor, “There is nobody that will read this kind of book and will not be inspired and I want to recommend it to everyone.

“It is always very good when people who have been successful in their careers or profession decide to say something about how they really toiled to get to where they are.

“Some people just think people get to be successful without knowing that they actually toiled to become successful and this kind of book inspires our younger ones to become more resourceful and then more inspiring,” Governor Ambode said.

While urging Ovia to write more of such book, the Governor said such was necessary to properly guide and inspire the younger generation and aspiring entrepreneurs.

The Governor specifically commended the author for taking out time to write the book, saying Ovia’s contributions to the banking and accountancy professions could not be downplayed.

Governor Ambode, who is a former Accountant General in the State, said it was on record that Ovia contributed significantly to the successes he recorded in office at the time.

Extolling Ovia’s virtues, the Governor said: “Obviously, the truth is there is no person that has actually gone through the profession of accountancy that would not have had something to do with Jim Ovia.

The book, launched at Eko Hotels and Suites, Lagos, is essentially about the story of how Zenith Bank commenced operation in the 80s with N20million and now worth $16billion.