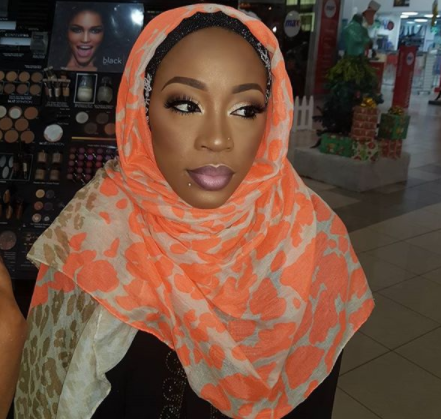 Homicide detectives attached to the State Criminal Investigations and Intelligence Department (SCIID), Lagos State Police Command, have launched investigations into the murder of the Nigerian singer, Mrs. Zainab Ali-Nielsen (37) aka Alizee. The musician was alleged to have been murdered along with her three-year-old daughter by her Danish husband, Mr. Peter Nielson. This was even as the police disclosed that preliminary investigations showed that the victims were killed in the master’s bedroom while their corpses were dragged to the kitchen, to make it look like the kitchen was the scene of the crime. Police have also discovered marks of violence on the bodies of both mother and child. Mother and daughter were allegedly murdered by Nielson at their residence at Bellasta Tower, Banana Island on Thursday.

The state Police Public Relations Officer (PPRO), SP Chike Oti, said that the command received the complaint of the murders of mother and child on Thursday, about 11a.m. from Mr. Kunle Kukoyi, the Facility Manager at Bellasta Tower, Banana Island. Kukoyi was said to have told the police that about 7a.m. on that fateful day, he was informed by a 13-year-old girl, Gift Madaki, younger sister to the late singer, that she heard her elder sister crying as she was being manhandled by her husband, Nielson, a 53-year-old citizen of Denmark. He said: “It was based on the report that the command mobilised its Crime Scene Detectives to the location and a medical team from Britannia Hospital, Lekki Phase 1, Lagos.

Together with the police detectives, they went to Flat 17, Block 4 apartment of the Nielsons. On arriving at the scene, two bodies, identified as that of Zainab Nielson and her three-year-old baby, Petral Nielson, were found on their kitchen floor. The doctor and his team inspected the bodies and confirmed them dead.” Oti noted that preliminary investigations conducted at the scene by detectives revealed that the violence that led to the victims’ death. The supposed violence was believed to have started in the couple’s bedroom. It was also discovered that their bodies were later dragged to the kitchen by the deceased’s husband. Oti disclosed that some visible marks of violence were seen on the bodies.

The PPRO added that the bodies were photographed and evacuated to Lagos Island General Hospital for autopsy. He added: “A letter was sent to the Embassy of Denmark, intimating them that the Lagos State Police Command was investigating one of their citizens, Mr. Peter Nielson, over alleged case of murder. Mr. Nielson is currently being investigated by the homicide team at Panti.”

The details of the circumstances surrounding the death of the artist, with a stage name Alizee and her daughter were still sketchy. The deceased was a native of Kogi State and had signed a twoyear record deal with an Asian record label, Petra Entertainment, in 2017, which earned her a brand new Ford explorer, a house on Banana Island and international distribution with affiliates of her record company in Asia.

The singer’s father, Ali Madaki, told journalists at the weekend that that Nielson and his daughter had been having domestic violence. He said the domestic violence started last year. One of the altercations led to the couple dragging each other to police station, where Nielson was compelled by the police to stop hitting his wife. Another episode witnessed the singer abandoning her matrimonial home, before Nielson came to beg Madaki. Madaki believed that his daughter was killed after Nielson repeatedly slammed her head against the kitchen wall. However, how little Petra was allegedly killed by her father and came to be on the kitchen floor beside her mother, was unclear