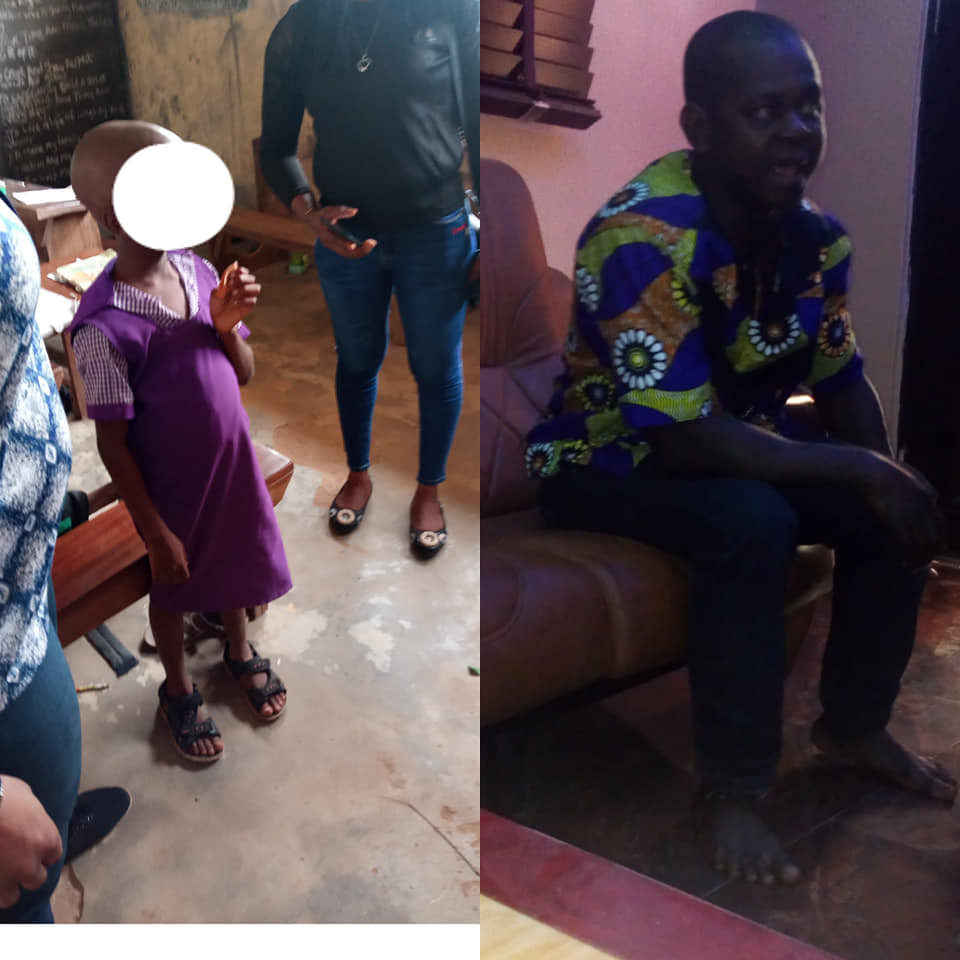 48-year-old married father of two identified as Chikaodi Unanah, pictured above, is said to have gone into hiding after he was accused of allegedly raping a 6-year-old girl in an uncompleted building in Ogboji, Anambra State.

At about 9:45am, we arrived Ogboji, Orumba South LGA, Anambra State and quickly proceeded with our fact findings.

6yrs old Onyiyechukwu was lured into the building by Chikaodi and there he removed her pant and penetrated. Little Onyiyechukwu’s cried home and her grandmother discovered her little grand child has been raped and
rushed to Government owned health centre in Ugboji.

As at this moment, Chikaodi is hiding from arrest and only Mr. Nwike Ofoezie knows his whereabout. He paid N10,000 and pleaded with Onyiyechukwu’s grandmother to let the issue die.

Nigerian Prince arrested for scamming hundreds of job seekers of $54,000 in New York gets no-jail sentence.