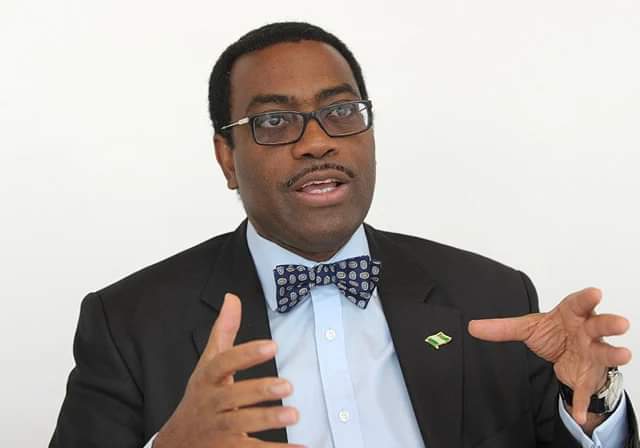 The President of the African Development Bank and former minister of Agriculture, Dr Akinwumi Adesina, on Saturday, obtained  his Nomination and Expression of Interest forms to vie for the All Progressives Congress presidential ticket.

The form was purchased by a coalition of 28 groups consisting of Youth Arise Movement, Nigerians in Diaspora One Nigeria Group, Prudent Youth Association of Nigeria, women groups, farmers, people with disabilities and other civil society groups, raised the N100 million fee to purchase the forms for the former minister.
The coalition is led by the Head, One Nigeria Group, Mohammed Saleh.
Although Adesina is yet to formally indicate his interest the race, a body of Nigerians in the diaspora, Diaspora Support Group of North America and Europe mobilising support for him to join the race.
A statement earlier by the Convener, Diaspora Support Group of North America and Europe Dr. Tony Bello, had said there was 100 percent assurance that the support groups will pick up the forms for Adesina once he is drafted into the race.
Bello noted that Adesina is most qualified, better prepared and the best option.
“We believe if we are able to convince Adesina to join the presidential race, under the platform of APC, that would be the best.
“We are excited that there’s possiblity that we’ll be bringing him on board. I don’t know if he’s a card-carrying member but we believe that Adesina would be considered by the leadership of the party.
“We are working with many other groups in Diaspora, and we are calling on him to join the race. We work as a team, and we are aligning our interest. Other groups across Nigeria are also working hard to promote his candidacy. We’ve global influence and local support groups across Nigeria, and we are getting others to talk to him (Adesina)
“He has the capabilities to fix Nigeria. He has humble beginnings, and every Nigerians can relate to his life story especially how he grew up, and most importantly his decisions have always been based on merit. He is a detrablised Nigerian. He’ll bring visionary leadership to the country and help restore past glory.
“On the African stage, he has demonstrated that he has what it takes, if Nigeria succeeds, then Africa succeeds. We’ve had conversation with him, we are getting others involved. We need a technocrat at this stage of our democracy. We are working with many persons underground.
“We do not belong to any party, we are looking for the interest of Nigeria, and looking for who can lead us, and someone who can manage the country especially issues such as insecurity, economy, others”, the statement had read.