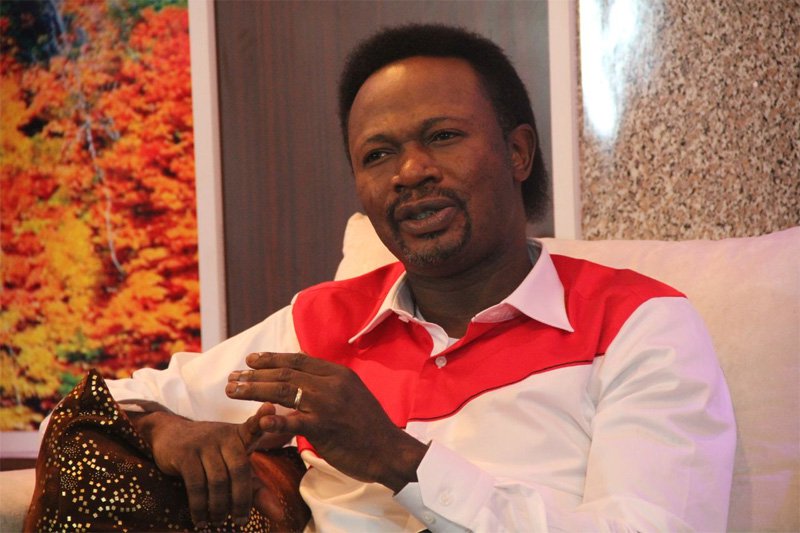 The clergy spoke on the state of the nation last Sunday in his Abuja-based church.

During the live service, Brother Iginla called for prayers for the country regarding the forthcoming elections.

He said, “I’m worried about what God is showing me in my visions. The outcome of the election is what you should be worried about.”

According to him, “It is obvious; the results will not be accepted. But let’s pray that the outcome should not put this country in a snare.”

The cleric said that the 2019 elections should not be made a “do or die” affair.

The pastor further said that political party leaders in the country should engage in a round table discussion concerning the upcoming elections.

He said that politicians should reach agreement, which should be sealed with a memorandum of understanding that whatever the outcome of the 2019 elections maybe, no form of violence should be employed and that politicians who are not contented with the results should seek legal assistance and redress.

“Please, accept the results, whether the ruling party wins or the opposition. If you don’t like the result, go to court. No soul should die because of you”.

In conclusion he said, “Accept the outcome of the election and if you’re not content, seek legal means. The judiciary is there, don’t truncate democracy. It doesn’t matter what you think about Goodluck Jonathan, he is a hero of democracy”

‘You hate me, don’t expect me in your office before October 16’ – Fayose writes EFCC again