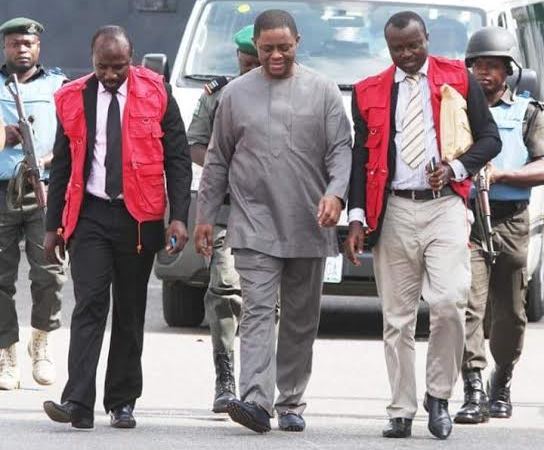 The N4.6 billion fraud charge filed against former ministers of Aviation and Finance, Chief Femi Fani-Kayode and Senator Nenadi Usman has been assigned to Justice Sule Hassan of the Federal High Court in Lagos for trial.

A source said the accused persons may be arraigned on Wednesday.

The Economic and Financial Crimes Commission (EFCC) charged them along with Danjuman Yusuf and a company, Jointrust Dimentions Nigeria Limited.

Count one reads: “That you, Nenadi Esther Usman, Femi Fani-Kayode, Danjuman Yusuf And Jointrust Dimentions Nigeria Limited on or about the 8th day of January, 2015, within the jurisdiction of this honourable court conspired amongst yourselves to indirectly retain the sum of N1,500, 000,000.00 which sum you reasonably ought to have known forms part of the proceeds of an unlawful act to wit: stealing.”

The alleged offence is contrary to Section 18(a) of the Money Laundering (Prohibition) (Amendment) Act, 2012 and punishable under Section 15(3) and (4).

The four were also accused of indirectly retaining N300million, N400million and N800million, all proceeds of corruption, according to EFCC.

The 17-count charge borders on conspiracy, unlawful retention of proceeds of theft and corruption and money laundering.

EFCC said they allegedly committed the offence between January 8 and March 25, 2015.

In another count, the prosecution alleged that Fani-Kayode directly retained N350million which he ought to have “reasonably known formed part of the proceeds of an unlawful act to wit: stealing.”

The commission said Fani-Kayode directly used the sum of N170million, among other sums, which he reasonably ought to have known forms part of the proceeds of corruption and stealing.

He was also accused of doing cash transaction of N24million with Olubode Oke, said to still be at large, without going through a financial institution.

Related Topics:Femi Fani Kayode
Up Next

Outrage as Abuja – Lokoja road gets Zero allocation in 2016 Budget.