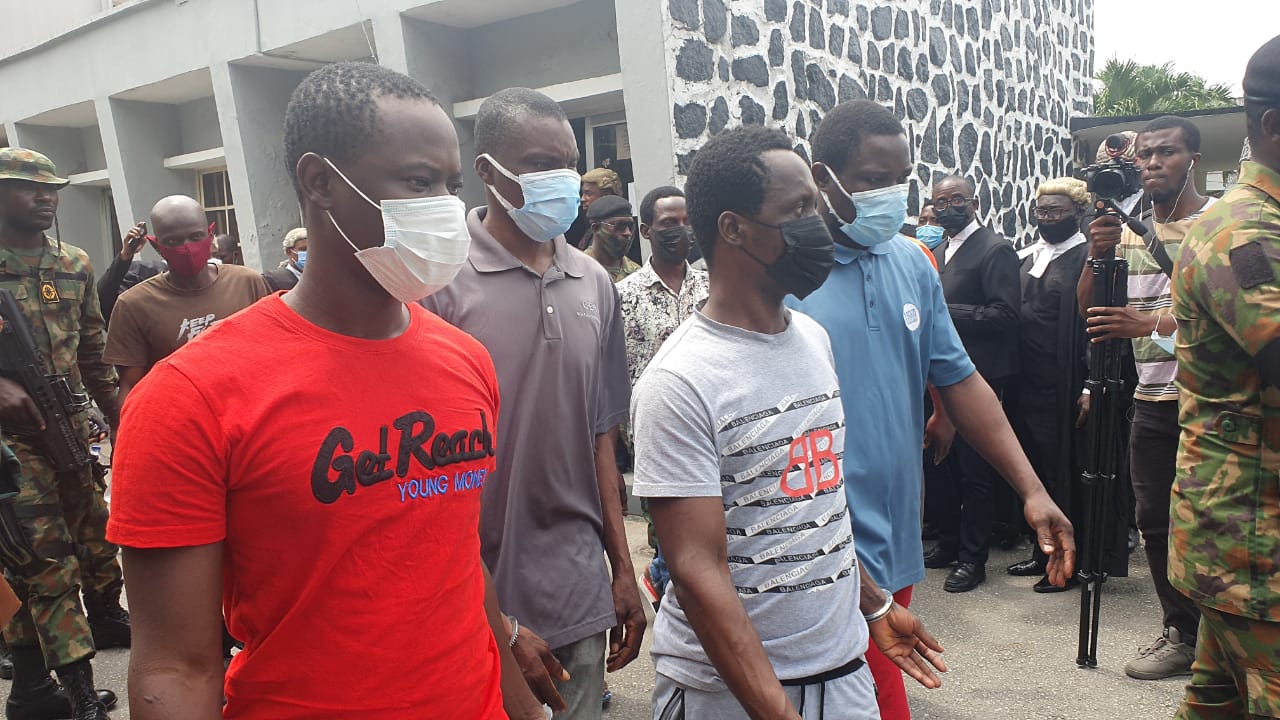 A Federal High Court sitting in Lagos on Friday sentenced 10 pirates to twelve years imprisonment each for hijacking a Chinese fishing vessel, FV Hai Lu Feng II, in May 2020.

Justice Ayokunle Faji also ordered each pirate to pay a fine of N1million.

They were arraigned by the Office of the Attorney-General of the Federation (AGF) on July 13, 2020 on a four-count charge bordering on hijacking of the vessel in international waters off the coast of Cote D’Ivoire.

They pleaded not guilty, and were remanded in the custody of the Nigerian Navy, following which trial commenced.

Delivering his judgment on Friday, Justice Faji said the prosecution proved its case beyond reasonable doubt that the pirates did hijack the vessel, FV Hai Lu Feng II, belonging to Haina Fishing Company.

The judge held: “I agree with the prosecution counsel Labaran Morggji that the prosecution has proved the essential ingredients of the offence committed by each of defendants; the defendants conspired to commit the illegal act.

“All the defendants acted in hijacking the ship to achieve their common goal.

“Consequently I find each of the defendants guilty as charged in all the counts.

“Each defendant is hereby sentenced to 12 years imprisonment.

“In addition, the defendants should pay a fine of N1million each.

“The offence committed by the defendants affects the wellbeing of Nigerians and our image in the diaspora.

“The naira sum, dollars and various currencies recovered from the defendants by the Nigerian Navy are hereby forfeited to Federal Government of Nigeria.”

The defendants were arrested in May this year by the Nigerian Navy, which handed them over to the government.

In the course of the trial, the government told the court that the defendants “while armed with weapons, committed an illegal act of violence against the crew on board FV Hai Lu Feng II belonging to Haina Fishing Company by putting them in fear in order to take control of the vessel.”

Prosecution counsel Laraban Magaji said they violated Section 3 of Suppression of Piracy and Other Maritime Offences Act, 2019, punishable under Section 2 of the same Act.