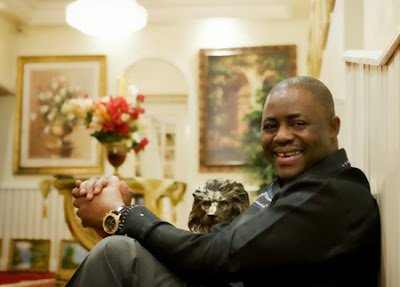 Hannah Nworgu, a family associate of Precious Chikwendu, the estranged wife of former Aviation Minister Femi Fani-Kayode, has accused her of lying.

Nworgu, who claimed to have lived with the couple, claimed that Fani-Kayode took good care of Chikwendu’s mother until her death contrary to her allegation.

Precious Chikwendu last week appeared in a Federal High Court sitting in Apo, Abuja seeking custody of their four sons and a monthly N3.5m as upkeep for her children after she made series of allegations of abuse and assault against her estranged husband.

She also alleged that on many occasions, her mother had to intervene to rescue her from Fani-Kayode.

But Nworgu, in a statement on Sunday, dismissed such claims, saying Fani-Kayode respected and honoured the mother-in-law until her death and paid all the medical bills while she was admitted to the hospital.

According to her: “It will be unfair of me if I continue to keep quiet at this time. My conscience will not allow me to rest.

“It is an opportunity for me to free myself from the bondage of conspiratorial silence in the face of accusations and counter-accusations flying from both FFK and Precious.

“I would have maintained my silence but for the part in Precious’ claim that (FFK) at the slightest provocation, abuses, beats and assaults me, my late mother and my siblings when they visited’.

“This is a lie from the pit of hell because Precious’ mother (may her gentle soul rest in peace) suffered from cancer and spent her last few months on earth in FFK’s house from where FFK spent fortunes taking care of her and running around for her, from one specialist to another until she succumbed to the illness.

“Even after her death, it was still FFK who practically carried the burden of the burial including the financial burden and still travelled to the South East with Precious’s family for the burial.

‘’So how come Precious is now turning around to claim that FFK used to beat that same woman? If that was so, why didn’t Precious raise the allegation before her kinsmen then especially when he was in the mother’s hometown in Umuahia for the burial?’’

She added: “After the burial, Precious’s family and kinsmen were grateful to FFK. The pictures are still there all over the internet. Did they look like the picture of the burial of a woman usually beaten by his son-in-law before she died?

“I am speaking at this point because I feel it is abhorrent for Precious to use her mother to sell such lies just to score cheap points against a man who was good to her family almost all of whom were living in FFK’s house then.

“This is unfair and I hope there’ll be a way of correcting such an impression, if for nothing else, at least for the sake of the good memory of Precious’s late mother.”

Buhari Celebrates Osinbajo At 64, Eulogises Him As Reliable, Dedicated