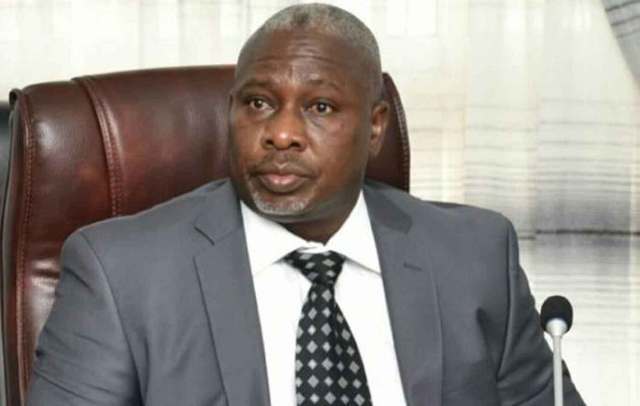 Deputy Governor of Kogi state, Simon Achuba has alerted security agencies about the threat to his life allegedly instigated by Bello.

While addressing the media on Thursday, August 1, 2019, Achuba raised alarm with allegations that Bello has mobilised gunmen to hunt him down.

“I want the police, SSS, IGP to know that if anything should happen to me, my family and aides, the governor should be held responsible,” he said.

He called on President Muhammadu Buhari to pay attention to what is going on in the state, as it gears up for the November 16 governorship election.

The rift between Achuba and Bello attracted public attention after the deputy governor wrote a pre-action notice urging the governor to pay the accumulated sum of N819,709,980 owed to him.

The sum is the accumulated statutory allocations which include travel allowances, hotel bills, pledges, and outstanding monthly impress and salaries which has been withheld from Achuba’s office for the past two years.

In the letter, dated July 17, 2019, Achuba accused Bello of consistently refusing to give approval for the release of funds for the smooth running of his office.

Achuba warned that his request for the withheld allocations be granted within seven days, failure of which would force him to seek redress in the National Industrial Court. After Achuba met Buhari’s chief of staff, Abba Kyari, last week, he told the media his relationship with Bello is “not very smooth” and not what it is supposed to be.

He also said there were ongoing discussions to resolve the issues between them. Bello, 44, will contest in the November election in his bid for a second term, and Achuba has revealed he has no interest in contesting against him.