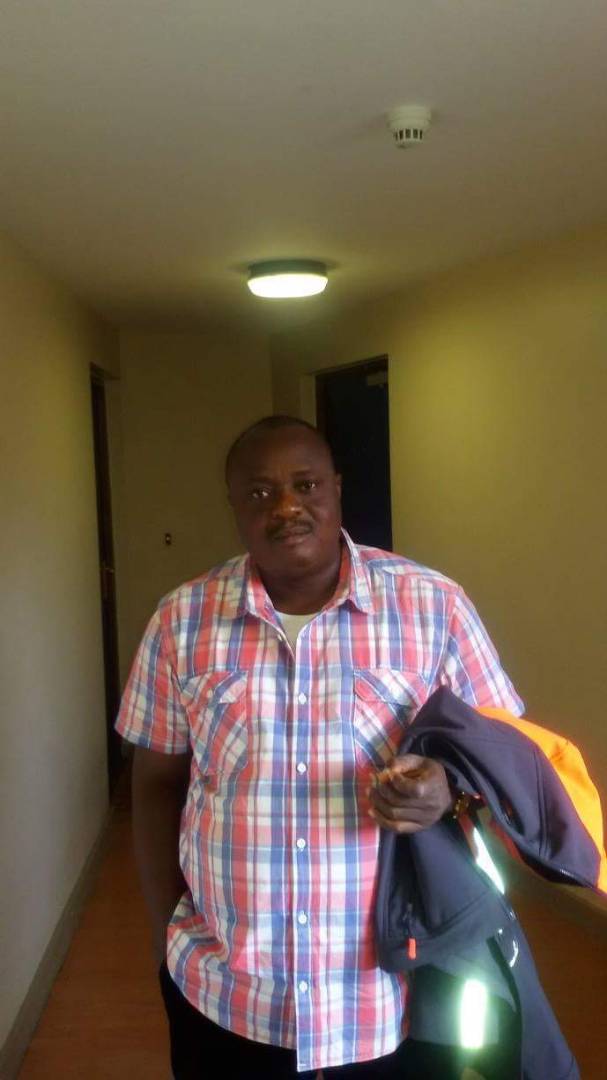 …Details Of How He Fell Into Trap and caught pants down.

Weeks after the reported sack of one Professor Richard Akindele of the Obafemi Awolowo University, Ile Ife, Osun State, over allegations of sexual harassment of his student, Miss Monica Osagie, the monster of sexual harassment involving another lecturer has reared its ugly head again.

This time, the sex scandal involves an Associate Professor of Economics in the Lagos State University (LASU), Dr. Sunkanmi Odubunmi.

Odubunmi is said to be a no-nonsense economics guru, who was feared by the students in the department until the latest development that has changed the opinion of many people about him in the university community.

The professor, who hails from Oyo State, is at the centre of a sex scandal and examination malpractices involving a young girl (names withheld) of the same department.

“The girl, who had refused the several advances of the lecturer towards her, later reported the case to a Non Governmental Organization (NGO) in Lagos.

“The NGO later involved the LASU security to trap the lecturer, who was supposed to be due for a full professorship a week to the incident,” said our source.

The source revealed that the young lady was equipped with sensitive gadgets such as pen, belt and eye glasses all with camera to record their video and audio conversations.

A reliable source revealed professor Odubunmi invited  the lady to  his office on a Saturday  to rewrite  the failed  paper and she agreed and reported with all the surveillance apparatus on her while the NGO people also stationed themselves in another office not far from Odubunmi’s with the laptops connected to the spy camera’s on the lady, left all alone, professor Odubunmi was said to have given her the papers to write her exams and bolted the office door firmly, while the student got down to writing the papers, the lecturer who we learnt has put in more than 25 years in the university, removed his shirt and started smoothing his student from the back,the student who had obviously lost concentration started a subtle resistance with her lecturer and in the process started adjusting the surveillance eye glasses on her face for clearer effect and recording of the show, Odubunmi smelt a trap at this point and beat a retreat,  he was reported to have hurriedly put on his shirt and started shouting, You want to set me up, abi? In this process, he was said to have seized the glasses and destroyed it, while this was going on, the people in the other room who had lost the signal from the camera implanted in the glasses, quickly moved in with the combined efforts of LASU security and arrested the enraged lecturer.

The informant added that a panel has been set up by the management of the university to look into the case of the embattled lecturer.

It was revealed that the authorities of the university had made it clear to lecturers in the university that it would no longer tolerate any act of sexual harassment and that the current case is being planned to be a deterrent to others if the lecturer is found culpable.

We were reliably informed that the Vice Chancellor of the University, Professor Olanrewaju Fagbohun, a lawyer had reportedly vowed to make use of his profession in handling any matter that could rubbish the image of the institution, especially if it has to do with sexual harassment.

First Weekly Magazine was informed that the case has unsettled activities in the department and that several stakeholders are insisting that it must not be swept under the carpet.

“The Vice Chancellor and other leaders of the university have made it clear that sexual harassment would not be tolerated in the university.

“On this current case, they have ordered the panel to do a thorough job and ensure that nobody is punished unjustly, while they were told to follow any lead that could throw more light into the matter and report to the university authorities within two weeks,” said our source.

As the clock ticks for the panel to conclude its investigations, stakeholders are eagerly awaiting what comes next, “especially if Dr. Odubunmi is found culpable.

How Popular Socialite, IBD Dende Landed In Customs Custody Over Alleged Smuggling + The Yoruba Actresses Who Are His Lovers