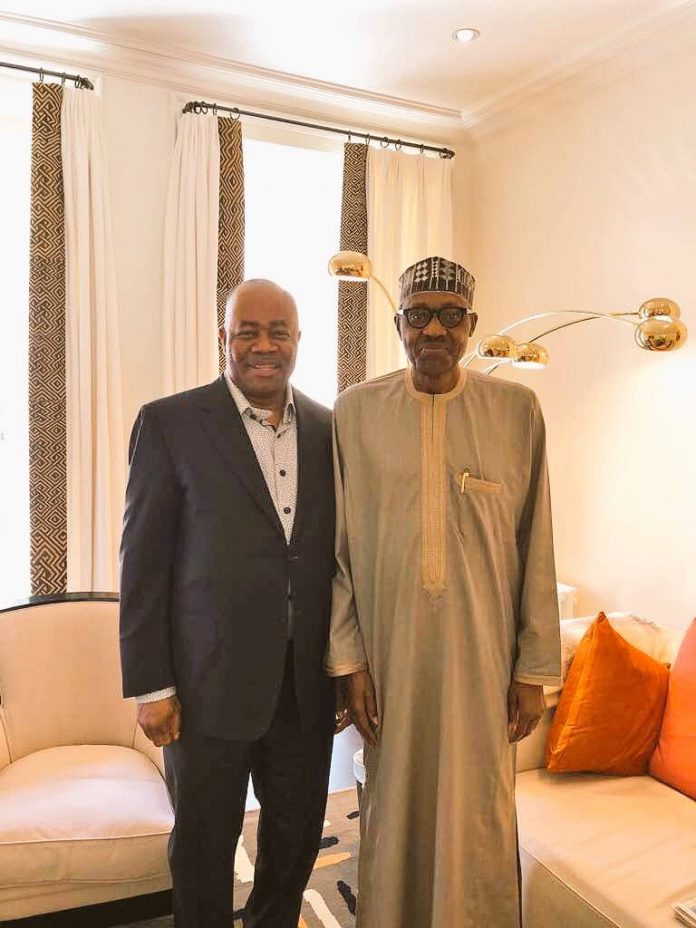 News of Nigeria’s Senate Minority Leader, Godswill Akpabio leaving the PDP for the APC has occupied the news space. Report of his decampment has generated comments as well as doubts about its authenticity. His “porting” to the APC gained traction when pictures of him with President Muhammadu Buhari in London appeared.

PS also gathered that the Akwa Ibom State Governor, Emmanuel Udom held a caucus meeting of the PDP in the state in a bid to checkmate this development. The Deputy Governor of the state, Moses Ekpo and Akpabio’s brother, Emem, were absent at the meeting. A development which has also sparked rumours of their imminent defection from the PDP.

Senator Akpabio, a two-term Governor of Akwa Ibom State under the aegis of the PDP became a Senator under the wings of the party he has represented for many years. His defection is set to be a huge loss to the PDP as he is considered one of the biggest and most loyal member of the party.

His decamping might also attract further switching of allegiance by members of the PDP, in addition to the state and federal lawmakers who are on their way out of the party.