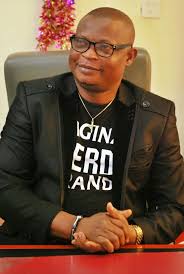 Chairman of the Lagos State House of Assembly Committee on Judiciary, Human Rights, Public Petitions & LASIEC, Hon. Victor Akande has said that the Assembly was committed to ensuring that the state’s anti-corruption commission is given the necessary legal backing.

Akande, representing Ojo Constituency 1 in the Assembly, stated this on Wednesday at a-day stakeholder parley held within the Assembly complex, on a Bill for “A Law To Amend The Lagos State Public Conplaints And Anti-Corruption Commission Law, 2021.”

The lawmaker noted that it was ideal to ensure that some items were deleted in the law for the effectiveness of the commission.

“Some of the sections needed to be redrafted just to give the bill a human face, and this has been done.

“We also discovered that we didn’t take the import of these, while working on the bill.

“Some of the sections are already embedded in the constitution or in the administration of Criminal Justice 2015 law.

“So by the time we went over it again, we saw that some of the things that were embedded in all these statutes books supposed to be removed.

“My committee had look at the amendment critically and we have done a lot of justice to it, but we still need the stakeholders to come and clarify some issues so that we will be on the same page and come out with a robust law.

“We are doing this to bring sanctity and sanity into the way we run things in Lagos State,” he said.

The lawmaker also stated that the assembly was not doing anything at variance with the operations of the Economic and Financial Crimes Commission (EFCC), but that the house is empowered constitutionally to make laws and oversight the implementation of such laws in the state.

“Whatever we have done is not against what the EFCC is doing. We are only making laws for Lagos State, there is no bad blood in that.