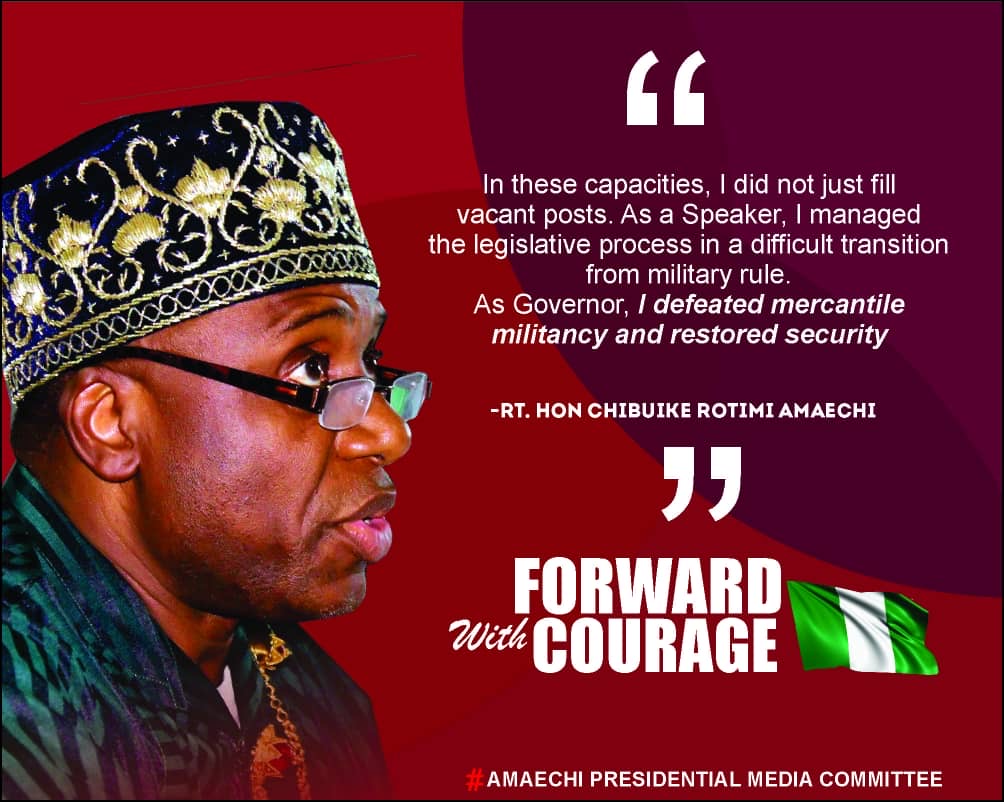 Every political leader is ‘courageous’ to even lead a group of people, create human capital, and impact the lives of others – friends and foes alike.

But, that’s the general understanding of courageous leadership, especially within the Nigerian context.

Who amongst the rest Chieftains of APC who are gunning for the top job after President Buhari suitably fits into this definition with respect to the dismantling of PDP from Aso Rock after a 16-year straight win?

The picture below is a reminder of how Chibuike Amaechi took major risks even when he was faced with death several times, while as governor, he was up and against the powerful forces in Aso Rock to ensure a relatively new party, APC won the election.

The full story is coming soon!

As Governor, a Senior Police officer was drafted to the state to grant access to the agents of Aso Rock to impeach the Speaker of the Rivers State House of Assembly, thereby paving way for the impeachment of Amaechi. It failed!

This same Cop, Joseph Mbu, with the full paraphernalia of office granted by powers that be blocked Amaechi from accessing his residence at the Government House.

How many times were his planes halted from take-off or landing? Or the deliberate reduction in Federal Allocation through the ceding of some Rivers oil Wells to neighbouring states? Yet, in all of these and more, he stood his ground.

Amaechi knew that Rivers State was going to be snatched in 2015, but he fought on to get a successor, even though his party lost.He knew the risk of moving from a ruling party to an opposition party, but he was adamant.

A one-on-one with him on issues that seem gloomy will reveal to you a man who, in spite of his limited chances, would still face the challenge.

It’s the spirit of Joshua! The giants are confronting him, yet he believes that “we are able to go up and take the land.” Make no mistake about this. Joshua also lost a smaller battle at Ai, even after a major win at Jericho. Amaechi is no different!

To be a man of courage is not in winning always but confronting the challenges even when you know the pain associated with losing.

A courageous man is neither one who barks and threatens everyone in public glare nor the one who wants to be heard always on all the news channels.

Even Judas was courageous to sell his Master but his own kind of courage was common because he never counted the cost of the consequences. He committed suicide!

Today, his campaign goes with the #forwardwithcourage tag.

The last time he contested and fought for his mandate as Governor, it was #IBelieve which was after a Minister of God asked him if he believed he could get back his mandate which had been ceded to Celestine Omehia. That was uncommon courage to fight on in spite of obvious landmines.

To believe against the odds is an uncommon courage! 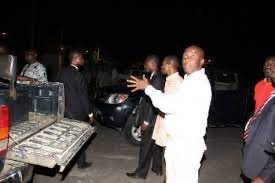 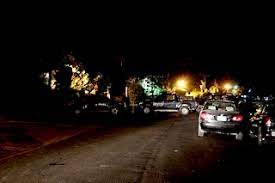 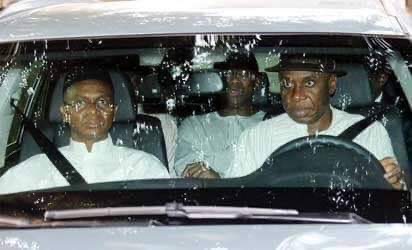