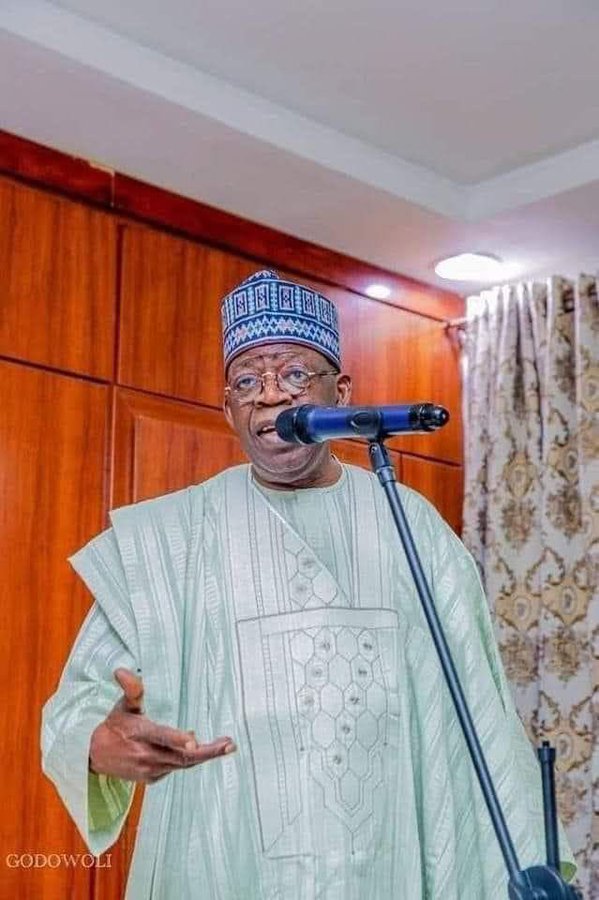 I want to seriously address an issue today.

This write up I am directing mostly to Yorubas and Nigerian citizens from the southern part of Nigeria.

I have never had any problem with people making a choice of who they want to support for an elective position. I believe as human beings, it is our inalienable right as a homo sapiens to have a freewill to make informed choices over anything in life, including political choices. Even God gave us, His creation a free will to make choices. God as almighty as He is, would never force His will on any human being, how much more another human being to force another to take a position he does not like or want.

In fact, life would lose his colour if we all follow the same route over everything that pertains to life. The English folks says variety is the spice of life. Our forefathers in Yorubaland in their own wisdom too says; “gbogbo wa a le sun ka kori si ibi kanna.” Therefore, I don’t ever have any problem with friends/people who share a different opinion from mine. In fact, I respect people who are confident to have an alternate view over issues, own it and can brilliantly articulate those views, even if I don’t agree with them. Some closest persons to me on Facebook don’t usually agree with me on political choices. It is very okay. That is how life should be.

Having given this background, I need to really ask what sin Tinubu has committed that warranted the level of hatred unleashed on him by people, especially of the same ethnic group with him and folks from the southern part of Nigeria. It is okay not to want a man to be president. My closest friends on this platform are supporting Osinbajo, and this has not changed anything between us. It is their political choice and preference. Your choice does not change who you are as a person. What I find distasteful are the people that have vowed not only to stop Tinubu, but to malign his character. Cook up different stories to make him look like the devil. Whereas it is very hard for you to see other ethnic groups do these to their own leaders.

Since Atiku emerged as PDP candidate and even before the primary, hardly would you find a Northerner disparage him, assassinate his character, and say unprintable stuff about him. Don’t get it twisted, a lot of northerners are not supporting his candidacy, but they would never disrespect him blatantly. Of course, there would always be an exception to the rule, but this is a general observation that is valid. I sat down and ask myself, why are we like this down south?

Tinubu’s detractors are quick to echo about how corrupt he is, yet they have no single evidence to corroborate their claim. Am I saying Tinubu is a saint? Never! Then, the question is, which politician is a saint in Nigeria? Okay, if you say Tinubu is corrupt, what of Atiku? Guess what, how many northerners are daily shouting how corrupt Atiku is? The kind of scathing testament about Atiku written by a man who knows him best, Chief Olusegun Obasanjo in his book, My Watch is enough to disqualify someone from ever holding a public office. But did you hear northerners shout themselves hoarse about it?

The next thing is to say Tinubu is too old. At 70 too old? Some wrote a PhD dissertation on Tinubu’s likely age to be 90. I got so angry one day, I told one of those folks I know a 90-year-old man when I see one because my Dad is 89 years old and would be 90 by October. For you to say Tinubu is 90 only shows you don’t have elders and old people in your family. That is the only reason you can say a 70-year-old man is 90 and too old. To them, at 70 Tinubu is too old to run for President, but nobody is saying a word about Atiku who is 75 and just won PDP primary election. Have you heard a northerner talk about Atiku’s age? Yet, my own people go about with the chorus of Tinubu is too old. Se afise ni?

When Tinubu said it is his lifetime ambition to run for President, guess who the people are who started saying…” ohhh so it is about himself and not Nigeria…” Sometimes, you feel like oh my gosh when you read what they write. Bill Clinton visited the White House at age 16 as part of a school trip on July 24, 1963, and met former and late US President, John F. Kennedy. Clinton said that chance meeting and a few seconds handshake fired his imagination and made it a lifetime ambition for him to be the President of the USA in the future.

The question is, those that have not had ambition to become president in Nigeria and found themselves in office by accident, tell me, what has been their achievement. I hate criminal modesty and humility! How can having an ambition, which is a good thing suddenly become a burden to be used to disqualify a man from becoming President. Is ambition not supposed to be a propelling force to prepare a man for a task ahead in the future? Give me a man who has ambition and is ready anytime, and I would give him my vote. You all can go and beg people to be president.
Question is, Atiku who has been contesting for president for 30 years, what does he have? I guess it is not a lifelong ambition then.

Some went as far as writing to Chicago State University to ask if indeed Tinubu went to school. I like Oyinbo people, they don’t suffer fools gladly. They told them, Tinubu did not only attend our university, but he also graduated cuman cum laude, that is, he graduated first class and top of his class. A friend’s uncle who attended same university with Tinubu regaled us with stories when we visited him in Ibadan few years ago when Tinubu was Governor. He said Tinubu was so brilliant the University hired him to teach his classmates and was paying him salary. He even told us his nickname which was coined from Tinubu’s favourite meal at school at that time. Guess what, who is asking about Atiku’s academic credentials? Who is writing to ABU to find out if indeed Atiku has a Diploma in Law?
But my southern Nigerian people would not let us rest about Tinubu’s academic credentials, as if an Oyinbo man would employ anyone without prerequisite qualification to work with a foremost accounting/Management firm in the world, or one of the world major oil firms where he rose to become a Treasurer at Mobil. Atiku is not even as educated as Tinubu, yet you would never hear a northerner raise issues with Atiku about his education. Our too know go kill us one day!

How many men has Atiku raised as a leader? I know for sure he has raised men, but can you compare him to Tinubu in that regard? If you doubt me, scrutinise and list those who have gone through Tinubu’s political and leadership ‘academy’ and tell me raising leaders is not the hallmark of a great leader. Both PDP in the past and APC up till now are enjoying the services of those Tinubu raised politically.

It is the same people that would talk down on the economic achievement of Tinubu as Lagos Governor and in making sure that his successors stick to the development plan for Lagos. If you think it is a child’s play to turn the economy of a state to the 5th largest in Africa, try and run a business and let’s see. Read me well, Atiku does not have a clarity of thought when it comes to the management of the economy of this country. Tinubu’s thoughts on the economy and his plan are out there to read. The books he has written or co-authored are there to read. Show me that of Atiku. Let’s make this an issue-based matter. Enough of emotional vituperations that adds no value to our collective development as a people and as a nation.

Anytime the issue of democracy is raised, a lot of people suddenly develop memory loss. Who are the champions of the democracy we now enjoy today? Who are the people that were locked up for standing to the military junta? Was Atiku one of them?
Thank God, during his visit to Kwara State, Tinubu thanked the Emir of Ilorin who as a sitting Judge released Tinubu from Abacha’s detention and was able to escape into exile through the popular Cotonou route, and from there went abroad and was heavily financing NADECO. Prof. Wole Soyinka corroborated all of these. That is why I find it funny when they come up with, where did he get his money? Why did you not ask him that in the 90s when he was dolling out his personal funds to help pro-democracy groups against the military junta. Hardly would you see a northerner ask those questions of Atiku. Meanwhile, Tinubu’s wealth even before he became a Governor is well documented. Okay, Atiku retired from Custom…what next? And he became a billionaire. End of story.

Apart from his guber election before Obasanjo picked him to be VP, has Atiku ever won any other election? But folks won’t let us hear word about how Tinubu is unelectable. For a man who has dealt a big electoral blow against PDP back-to-back since 1999 and a final blow to their 16-year reign in 2015, it is such an insult.