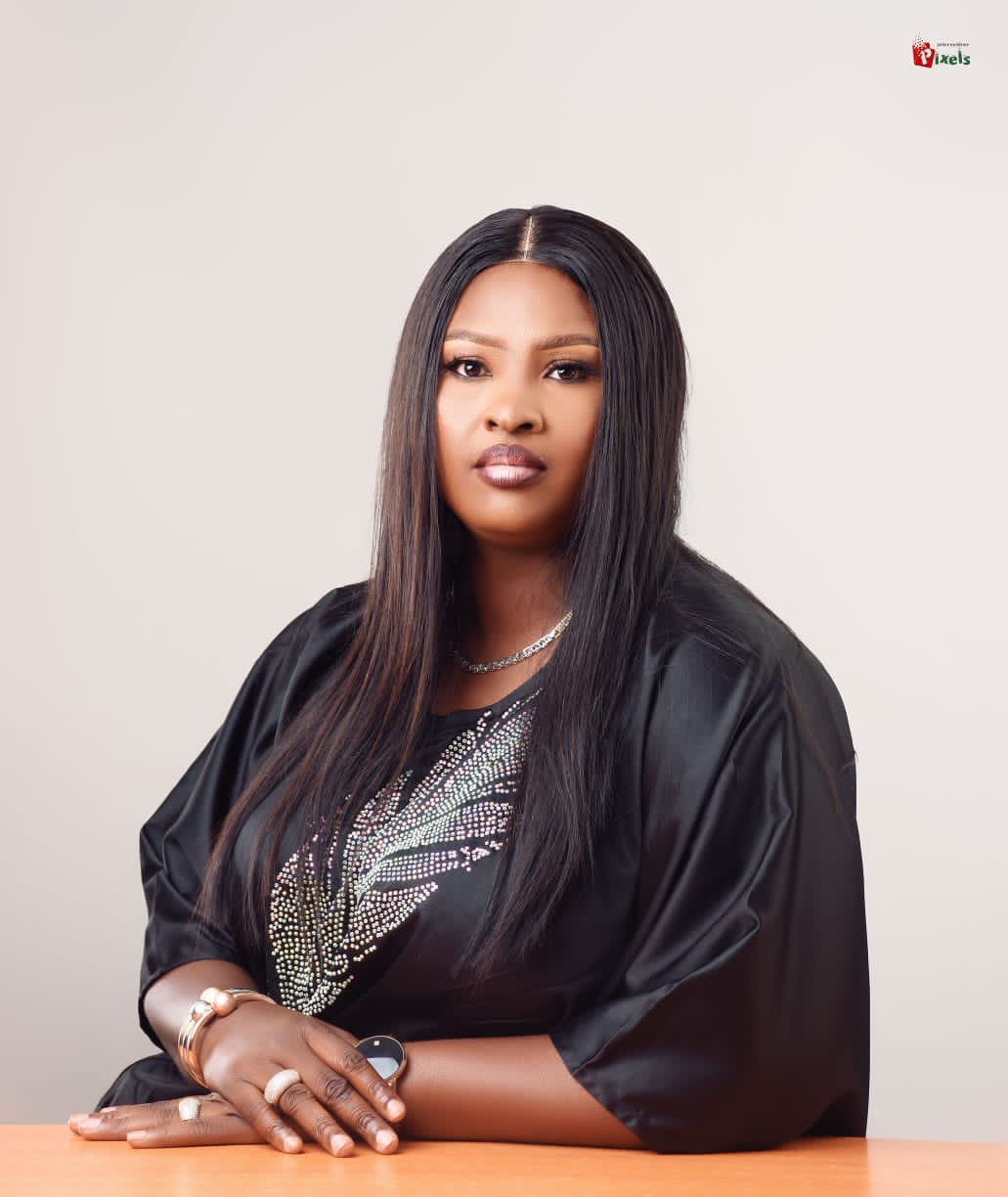 Mrs. Gloria Ikhifa Ukagwu is the Chief Executive Officer (CEO) of Hands of Love Family a Non Governmental Organisation, NGO, established to cater for the needs of the less privileged in the society, in this interview with First Weekly Magazine, she narrated how the idea was conceived.

How did you conceived the idea of Hands of Love Family?
That’s one of the question I often answer, it’s something I have been doing but because I don’t put it in the social media that’s why people don’t know what I have been doing, and I want to also tell you that I am a mother and I have gone through a lots in life and I know the pains of not having what is required to cater for the family, it came to full blown when the pandemic was announced two years ago and I prepared myself very well for it , I had everything I needed to face the though period but one day I was short of cash which prompted me to approach a friend of mine to send one thousand naira to me which he actually did.
So when I was praying, the Holy spirit ministered to me that with all that I had I can still be short of cash, the holy spirit told me that there are many out there who can not afford what to eat so I called my bank manager to transfer 500, 000.00 to me and I went on the social media to announce to people if they needed money infact the response was far from my expectations and I gave out all the money . Later people began to request for support to settle hospital bills and when some of my friends saw the way things went , they joined hands with me .

How many people can you say have benefited from the gestures?

Thousands of people, I have even lost count but specifically we have distributed 500 school bags to pupils in public schools ,we also helped people to settle their hospital bills.

Since you began the outreach, how has it been?

It’s been marvelous, we have a lot of people helping people through us, sometimes I got a message from a woman with fibroid and she was taken seven pants of blood daily at the University College Hospital (UCH), she needed to be operated at the cost of 300, 000.00, I spoke with my partner’s and only one person settled the bills and that how the woman’s hope was restored and we gave her a brand new life.
We have settled medical bills for a lot of people, there was also a pregnant woman whose child died in her womb and the husband can not afford the bills, we went to the hospital and cleared the bills and we still have lots that we are working on , the one we are handling now is the case of a twelve years old girl who is diabetic ,the parents discovered that two years ago and she was placed on insulin injections since then and the parents buys insulin every week and I learnt that an insulin costs about four thousand naira , we are trying to raise money for her, I am a mother and I know what it is for a child to go through such pains of injecting herself everyday and they said an insulin costs 4000.00 naira.

No I haven’t requested for anything from the government because I know they have lots of things to do but I think they are really not doing enough when it comes to assisting the less privileged, we need them , people need them they are not really doing more when it comes to charity, they only think about themselves, they only concentrated on the projects that people sees and not the ones they hardly sees but we are thinking of a meeting with the Oyo State government for collaboration, I have sent a message to the governor’s personal assistant but I assumed he has not seen the message, it’s not that we need money from them but just to expose them to many people that needed help and this is a way to help the government to see their responsibilities because they don’t go on the streets to see what people go through.

Also there are lots of things that some rich men abandoned at home, I want to appeal to then to bring them out because what they consider not useful will make some people happy.

In the course of assisting the people, have you ever faced any emmbarassing moment?

Yes , I have seen a lot but the one that comes to my mind was the time I went to Oja’ba market in Ibadan with 50 chicken’s , bags of rice and some other items to be distributed to the widows, they thought I was a politician and they shouted at me that they will not vote for me again while they also attacked my car .

At another time I was driving through Molete and I saw a young boy been beating by mob because he Stole corn and the boy was shouting I am hungry, I was touched and a week later I prepared over a thousand plates of meal to Molete for distribution in fact the rush was too much and I knew that people were really suffering.

What do you think the government can do to help the less privileged?

There are lots of things they can do but you can’t force them to do what they don’t want to do, what we are doing is selfless service to humanity and it’s the Passion that keeps us going, the government can come out to help because we have so many projects to do, so many people to be assisted as it is said that a tree can never make a forest. We need their help, if they can call us to request for our needs, it will be better because we know the right people that needed the help.

What advice can you tell the government in caring for the less privileged?

I can only tell the government to put the right peg in the right hole, that is given the job to the right people, you see so many times our politicians will be distributing items to the public and most times what they give is what was not required and this people end up selling the items for cash but if sincere NGOs can be identified to take charge, things will definitely get to where they are truly needed and that is why we are trying to involve the Oyo State government in what we are doing .

“We are on the street, we know what the people need and how to ensure that empowerment materials get to the right people that needed them” 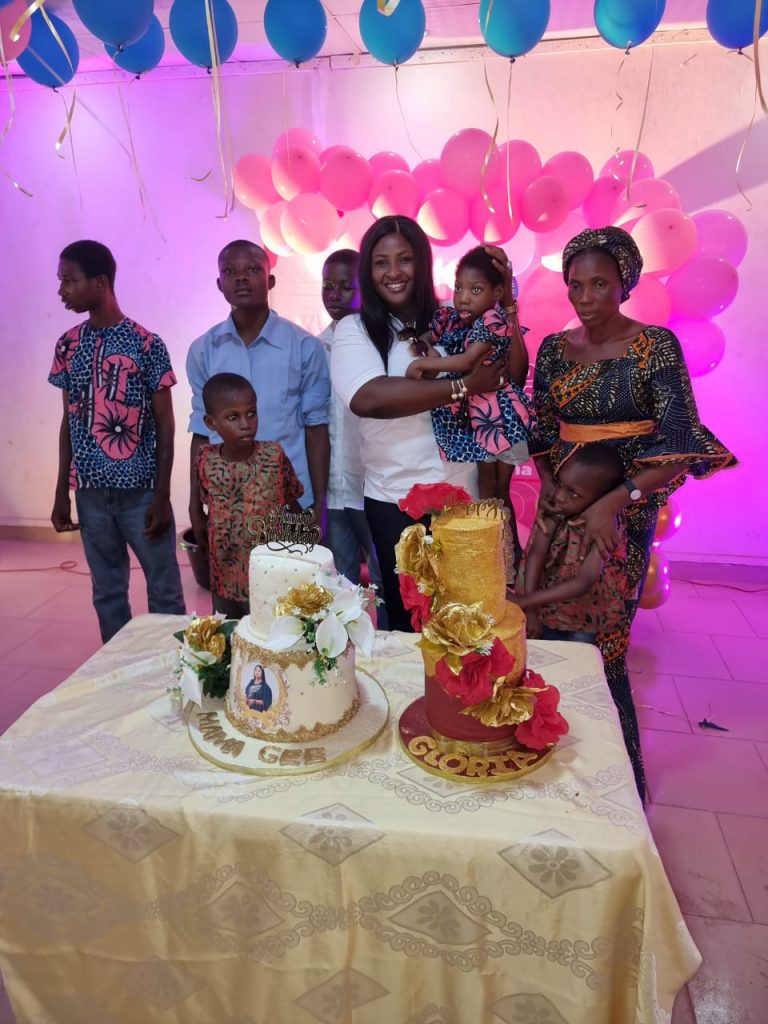