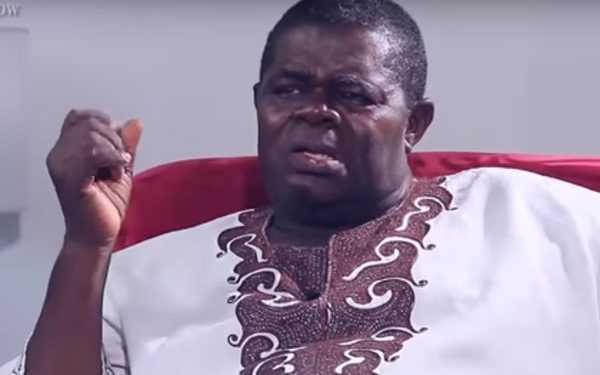 His son, Nii Adjei Adjeteyfio, confirmed this development to citinewsroom.com on Friday, April 8, 2022.

According to Nii Adjei, his father, who was already battling diabetes and other ailments, was unconscious when one of his sons visited him on Friday.

He said they quickly rushed TT to a hospital at Dodowa in the Shai Osudoku District but the actor was pronounced dead on arrival.

TT is famed for his role in the popular television series, ‘Taxi Driver’.

Adjeteyfio was in the news recently after he made public his financial predicaments.

Psalm Adjateyfio had said that his impoverished situation is a result of poor working conditions during his active acting days.

At the time, he said he needed GHS3,000 to settle his rent, or he would be evicted from his current abode.

Mr. Adjeteyfio had complained that he no longer gets acting gigs and was also not engaged in any active work at the moment.

He said his survival hinged on the benevolence of people.

Vice President, Dr. Mahamudu Bawumia and other persons, including the Greater Accra Regional Minister, Henry Quartey, came to his aid.

Psalm Adjeteyfio, apart from playing a lead role in ‘Taxi Driver’, also starred in movies like Papa Lasisi Good Bicycle, American Boy, The Chosen One, The Scent of Danger and A Stab in the Dark,  among others.

Meghan and Harry interview: I didn’t want to be alive any more, duchess says