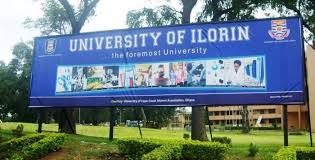 The PRAYER FORUM of the University of Ilorin Old Students Association,0FRIENDS FOR LIFE,  has concluded plans to hold a national prayer summit from September 28th -29th, 2018. The theme of the summit is Thou shalt arise and have mercy upon Nigeria according to Psalm 102:13.

The Leader of the Forum, Pastor Juwon Obadofin, stated in a press release he personally signed that members are expected to converge from all over the world for the 2 day spiritual experience, which is targeted at the general public.  According to the release, the venues will be The Kings Chamber Church, KCC,  at Ilupeju on 28th September and Lagos Country Club, LCC, Ikeja  on September 29th.

U. S based Pastor Juwon Obadofin, added that; “this exercise is more than necessary at this time of national distress.

“We want to get the mind of Nigerians  tuned to God; we should look up to Him more than expecting politicians to perform wonders.”

He added that the summit is a first experience intended to be repeated biennially.

Apart from general prayers and the addresses by the speakers, the programme will also feature a gala nite on  September 29th, where gospel and secular artistes will perform to entertain the public.

Some of the artistes expected at the event include the U.K-based Shola Lana, KKC and King Sugar man.

Why Buhari and I did not visit Dapchi – Osibanjo